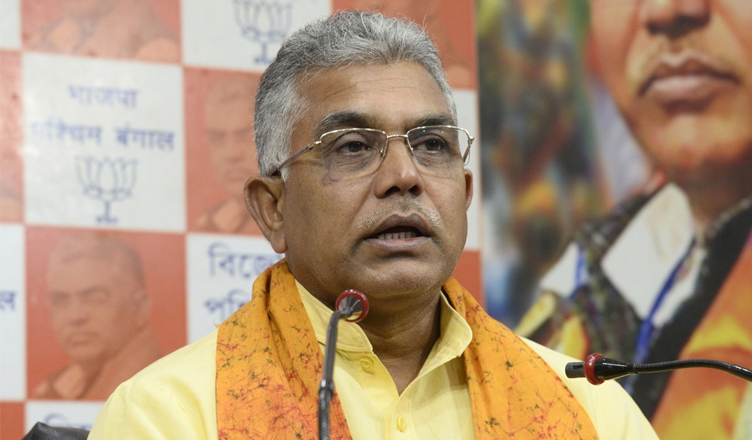 In what can be termed as one of the most bizarre statements ever made, West Bengal Bharatiya Janata Party (BJP) president Dilip Ghosh has said that foreign cows are not holy and that Indian cows have a special body part due to which their milk contains gold.

The statement was made by Ghosh at a programme of an outfit known as Ghosh and Gabhi Kalyan Samiti (Welfare Committee for Ghoshes and Cows) in Burdwan on Monday.

“The country’s own breed of cows has a special characteristic: there is gold mixed in its milk, and that is why the colour of their milk is slightly yellow. There is a nari (blood vessel) that helps produce gold with the help of sunshine…. we have to keep those (local) cows. The breeds of cow that we bring from abroad are not cows. They are a kind of janwar (beast). These foreign breeds don’t sound like cows, which go hamba…. So those are not our gau mata but our aunties. It will not be good for the country if we worship such aunties. …It is not right to worship our gods with the milk of foreign breeds, like Jersey cows. Even the gods of our nation don’t accept foreign commodities. But those who were educated in English love everything English. They also like English wives. Phorsha phorsha bou (light-skinned wives), a lot of leaders have married. That is at the root of the gondogol (problem). Not only foreign cows, a lot many are bringing foreign wives. They are coming here and are a malicious influence on our leaders. They are having to go to jail,” excerpts from what Ghosh said as reported by The Telegraph.

It is just unbelievable. We are bewildered to listen to such a statement coming from a person who holds such a senior position in the party which is in power at the Centre.

One thought on “Foreign cows are not holy, Indian cows have gold in their milk: WB BJP president”