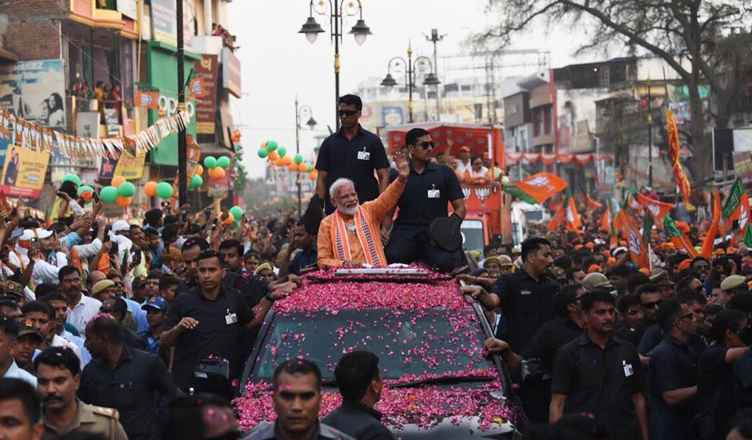 As Prime Minister Narendra Modi planned to hold a road show in Varanasi on Thursday, around 1.4 lakh litres of water was used on Wednesday night only to wash the roads of the city, The Telegraph reported.

This is when 30 per cent population of the city does not access to piped water but is dependent on bore-wells.

“We had instructions to wash the roads for the Prime Minister,” The Telegraph quoted an official as saying.

Also read: What will happen when we come back to power: Shivraj Chouhan warns collector

Quoting a source, The Telegraph reported that 40 tankers of the Varanasi Municipal Corporation and 400 labourers were deployed for the task.

At a time when people are dying in drought-affected areas of Maharashtra and other regions across the country, it is unfortunate to see lakh litres of precious water getting wasted.