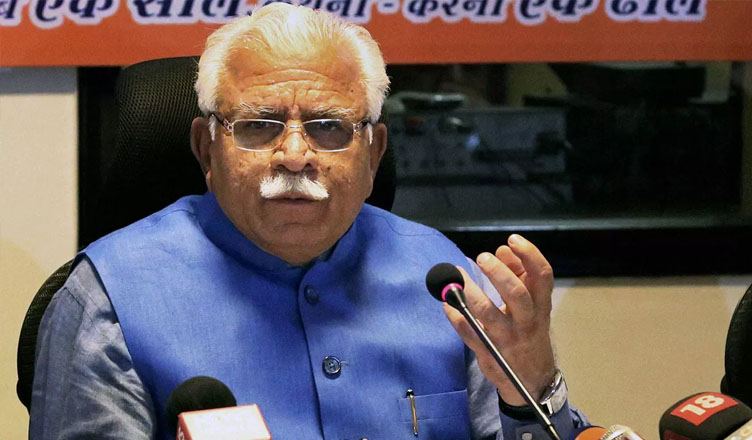 Haryana Chief Minister Manohar Lal Khattar on Saturday refused to answer a question related to the gang rape of a 19-year-old girl in Haryana’s Rewari and said that the focus should be on the ‘Swachhta Hi Seva’ campaign launched by the Prime Minister on the very same day.

When a reporter asked him why rapists in the case have been held so far, Khattar replied, “What are you talking about? What issue are we talking about? Today, the PM launched the ‘Swachhta’ campaign across the country. Apart from this topic, I will answer the rest of the questions in Haryana.”

Such a statement coming from the Chief Minister of a state in which a gang rape has taken place just a few days is condemnable and unacceptable.

Instead of initiating speedy investigation into the case, the Chief Minister conveniently dodged the question related to the case and started talking about the ‘Swachhta Hi Seva’ campaign.

Also read: Number of critically polluted river stretches have gone up from 34 to 45: CPCB

A second-year student in a college, the victim was allegedly kidnapped from a bus stand while she was on her way to her coaching class.

The girl was then sedated and the accused took turns raping her in a room adjoining agricultural fields. She was later dumped at a bus stop near the village.

Three people, including one of the main accused, were arrested by the Special Investigation Team (SIT) on Sunday. Nishu, the main accused is a local wrestler. The other two arrested are Deendayal and Sanjeev. Deendayal is the owner of the room where the incident took place whereas Sanjeev is a doctor who gave first-aid to the victim.

The Haryana Police is trying its best to nab all the accused but the statement given by the Chief Minister only reflects his indifference towards the case and the victim.