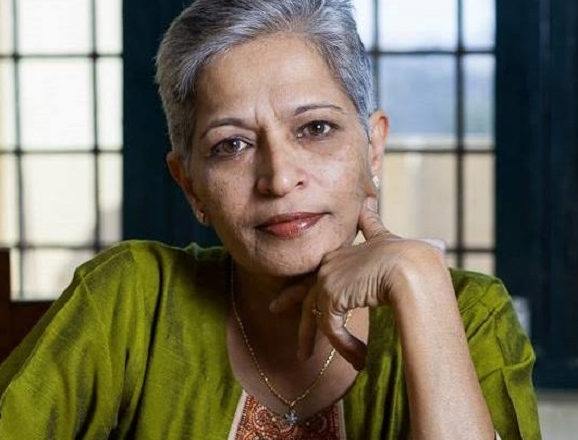 Five people associated with right-wing Sanatan Sanstha have emerged as key suspects in Journalist Gauri Lankesh’s murder case. Out of them, four have Interpol red-corner notices against their names for the alleged involvement in a bomb blast in Goa’s Madgaon in 2009.

The names of the five missing persons are – Praveen Limkar from Kolhapur, Jayaprakash alias Anna from Mangalore, Sarang Akolkar from Pune, Rudra Patil from Sangli and Vinay Pawar from Satara.
It is to be noted here that the names of Rudra Patil, Sarang Akolkar and Vinay Pawar had also emerged during the probe into the murders of rationalists Narendra Dabholkar, Govind Pansare and M.M. Kalburgi.

Limkar, Anna, Akolkar and Patil are also suspected to have a hand in the October 19, 2009 bomb blast in Madgaon. The NIA listed them among its most wanted suspects and issued a red-corner notice against them.

Lankesh was gunned down by three unknown assailants outside her Bengaluru residence on September 5.’

Isn’t it right to say that the philosophy these days has been changed to: You aren’t right, if you aren’t Right.