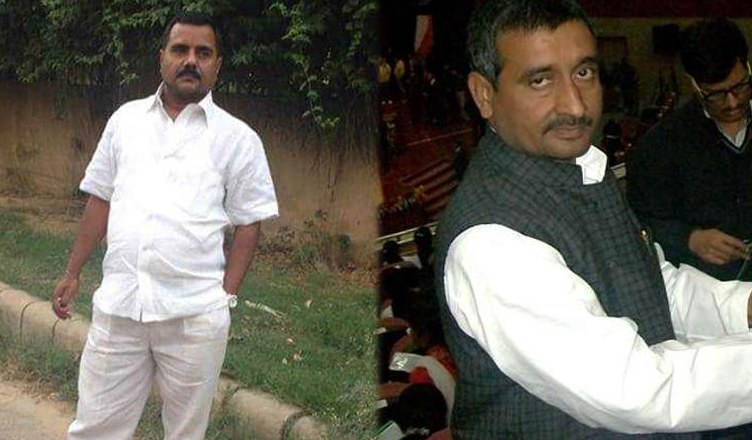 The brother of Bharatiya Janata Party (BJP) MLA Kuldeep Singh Sengar, accused of raping a 16-year-old girl in Uttar Pradesh’s Unnao. His brother, Atul was arrested for allegedly thrashing the victim’s father. Her father was reportedly brutally assaulted by Sengar’s brother and his men. The father was gravely injured but yet he was not taken to hospital. Instead, he was arrested on a complaint by the suspected rapists and placed in judicial custody. When he complaint of abdominal pain on Friday, he was taken to the district hospital where he breathed his last yesterday.

Just two days ago, the girl had tried to immolate herself outside Chief Minister Yogi Adityanath’s residence in Lucknow. Her family had also sent a letter to the Chief Minister’s office on the same day but no action was taken. The girl has alleged that Sengar and her brother raped her last year but they could not file an FIR then.

A common man is not even safe in the hands of police. The victim’s father was brutally thrashed and he lost his life. What is also alleged is that the police did not mention Sengar’s brother name in the complaint, whereas the girl’s family had named him in the FIR.

When he came to power, Yogi Adityanath promised that the law and order situation would be improved, but it seems to be on a declining plane. What is even worse, the offenders involved in this heinous crime are his party members. Let’s see if they stand by their words and take action against the guilty, irrespective of their association with the party.