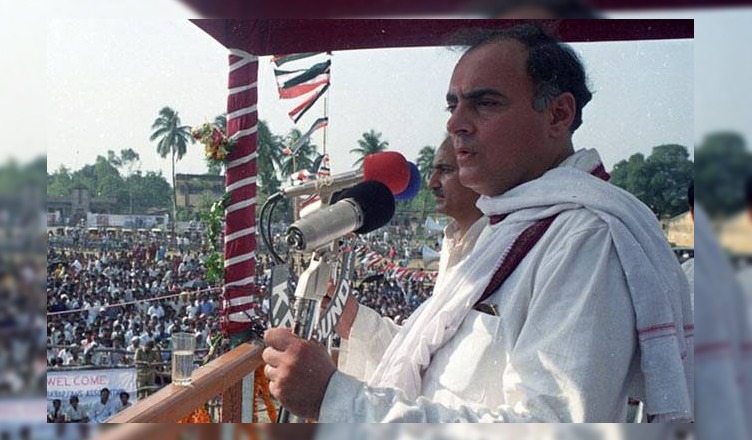 It was way past bedtime for a child like me. But the elders, from my family and the neighbours, all of whom had come to sleep on the terrace that night, engaged me in small talk.

The mirthful atmosphere was disturbed by the screams of angry men on the streets. The screams got louder, and the elders rushed down the stairs, even as one uncle who came from outside to inform us that the great leader was killed. I was carried in someone’s arms—I can’t remember which of the neighbourhood ‘Akka’ it was.

But back in the safety of our house, when my parents switched on the TV I remember that I saw the great leader. Or what was left of him. I saw his Lotto shoes—muddied and bloodied. I saw the shock on my parents’ faces. I will never forget that night—21st May 1991.

As I grew older I learnt more about the soft-spoken man who left an indelible mark on Indian history. The man who led India into modernity. The man whose illustrious ancestors shaped a part of my worldview. The leaders, and their millions of followers who sacrificed so much before I was born and whose sacrifices, my parents and teachers told me, ensured we live in liberty and with dignity in the world. Their sacrifices have always been a source of inspiration and strength each time I faced a contingency.

And for a middle-class family, with limited means, in a small town, contingencies are many. Our lives are shaped by sacrifices, hard choices, and often humiliating defeats. But through it all, we learn to smile and fight back. We recall the martyrs. I always recalled the soiled Lotto shoes. I always told myself that in the end it all comes to a naught. We take nothing from this material world. Not even the Lotto shoes. But I wondered what it must have felt like to be in those shoes. To handle personal tragedy and yet radiate a happiness and hope to millions of followers.

The lasting images of those Lotto shoes taught me that in the end what matters is how honestly, we have lived, how deeply (and truthfully) we have loved and how much we have smiled. The many contingencies I went through, taught me that the best act of rebellion against circumstances was to smile. I learnt to hold disappoints in my heart but to never cower in a corner, crestfallen. People often mistakenly believe that I am devoid of sorrows. I see that as a success. As though, I have a pair of shoes of my own, not as illustrious as those Lotto shoes. My shoes are tattered and worn out, but shoes they are nevertheless.

Also read: Rajiv Gandhi: Remembering the man that led India to the future

When I decided to take part in the political discourse of India which has unfortunately descended into trolling, canards, and a heavy dose of anti-intellectualism, I recalled the Lotto shoes again. How many disappointments the great man must have faced in his life and how much criticism, much of it unjustified? Yet the lingering image we have of him is a man smiling. Even in those Lotto shoes he appears smiling.

Many of us feign allegiance to him and his ideology of inclusiveness and modernity. We claim to work for India’s progress. Yet, like our political opponents we too are guilty of intellectual lassitude. We refuse to debate, accept opposing views or learn. We claim to inherit those Lotto shoes, forgetting that we will not fit into them. When faced with defeat, many of take to our feet and jump off the ship, unwittingly into the ocean. Our stunted intellect unfortunately doesn’t tell us that those who are not disciplined can never learn to swim, much less in the turbulent ocean. So, we sink into oblivion. And drown in our shallowness.

We also forget that we have our own shoes and the Lotto shoes don’t belong to us. They belong to no one but the wearer, who is long gone to embellish the firmament. It’s time we put on our own shoes, and start marching. We have freedoms to defend and a country to make proud. They will mock us, jeer us and provoke us. They want us divided, they want us to cringe in a sense of hopelessness. They want us angry and they want us to match them in their ignorance. We must resist. We must not let them have the satisfaction of our submission to their ploy.

It’s time we put them on. It’s time we fasten the laces. Because, we have a battle to fight in 12 months.