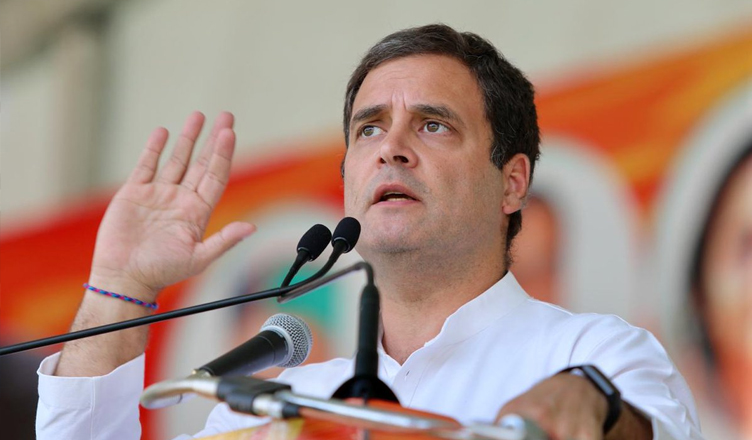 Congress President Rahul Gandhi on Friday launched a scathing attack on the Bharatiya Janata Party and said that false promises, humiliation of the elderly is what the saffron party stands for.

“False promises, false words, humiliation of the elderly – this is the truth of the BJP,” Gandhi said while addressing a public meeting in Una, Himachal Pradesh.

“The truth has caught PM Modi. Now he cannot even give speeches. He cannot talk about unemployment, farmers, youth, women, because he did nothing about these issues,” he added.

Gandhi further said that now PM Modi cannot get out of the hold of the people of India. PM Modi’s power will end with the end of these elections.

“When I asked PM Modi questions on Rafale in Parliament, he could not answer. The chowkidar could not look into the eyes of India. Today, India wants to know that for whom PM Modi did chowkidaari?” Gandhi said.

The Gandhi scion further said that Congress listened to the problems of the people and made their manifesto keeping in mind people’s demands.

“Our manifesto has the voice of India,” he said.

One thought on “False promises, humiliation of elderly – this is truth of BJP: Rahul Gandhi”