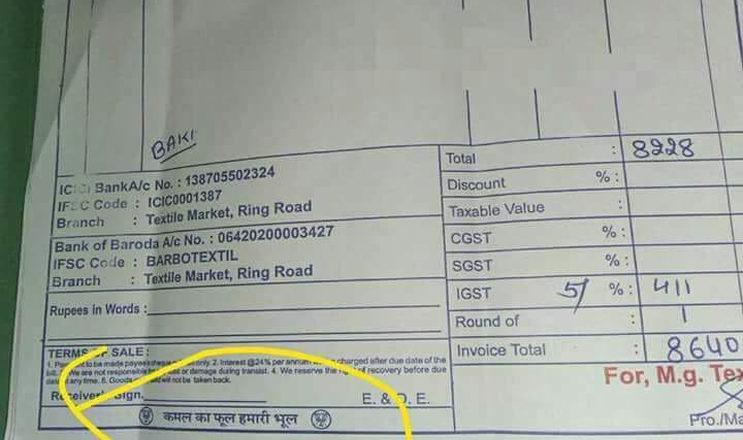 A user by the name Mohammad Anas was blocked from Facebook for 30 days for posting a status saying, ‘Kamal ka phool hamari bhool.’ Really? Did Facebook really do this? But why? There is nothing violent, abusive, racist or sexually explicit in his status. 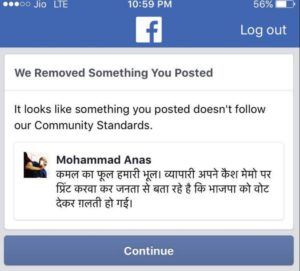 Along with the status, the user also shared a cash receipt which had the same words written at the bottom. Well, is it really that user’s fault who only posted something written in a trader’s receipt and not even his personal opinion? 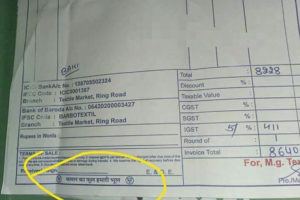 The social media is obviously outraged by this move of banning the user for 30 days. It only highlights the inefficiency of the BJP government which has failed to deliver its promises.

Many people took to Twitter to express their shock at this move.

The post only presents a negative image of the BJP, which in turn, is actually true. BJP has only succeeded in creating troubles, worries, and suffering for the common man and this is exactly what the photo of the cash receipt denotes.

It only confirms people’s regret for voting in favour of BJP.

What is to be noted is that how the BJP is acting like a monster and has been able to control all platforms, including media, news channels and now even, social media.

It is absolutely pathetic and curbs our freedom of speech.