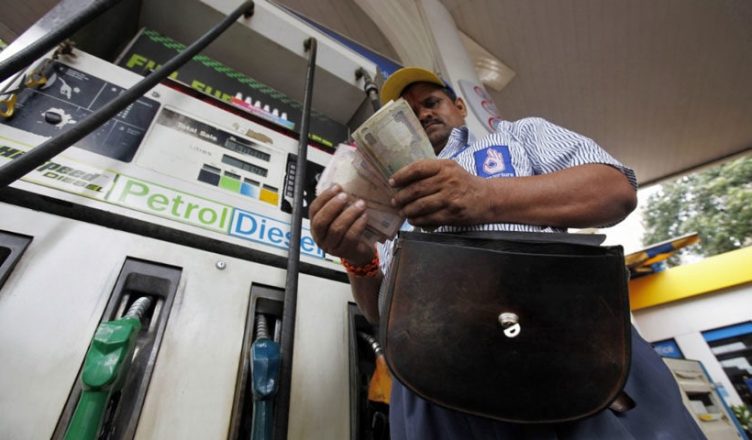 With the promise of ‘acche din’ (good days), the Bharatiya Janata Party (BJP) won a sweeping majority in India for two consecutive terms. However, India is yet to see even a glimpse of the ‘acche din.’

Even though India is the world’s third largest oil consumer, the government  raised excise duty or custom duty on petrol and diesel. This move comes despite the biggest weekly plunge that crude oil has seen since 2008. Prime Minister Narendra Modi’s government has raised special additional excise duty and road and infrastructure cess on petrol and diesel by ₹3 per litre.

The price of petrol in Delhi was ₹69.87 per litre, while diesel was ₹62.58 per litre. Special additional excise duty on petrol was hiked by Rs 2 to Rs 10 per litre, while at the same time, the levy on diesel increased by Rs 4 per litre, as per the finance ministry.

This move comes as a shock to Indian citizens who were hoping for reduced prices, much like the rest of the world, but instead were hit in the face with increased taxes. The government is looting the common man by pocketing all the surplus from the global fall in crude oil prices.

This too comes at a time when many citizens would have benefited from the price fall as they’re trying to avoid public transportation, in the wake of the Coronavirus. The people expect the government to help them avoid crowded spaces and give them subsidies and other aid to tackle this pandemic. However, what they get is a rise in tax.

Comparing the figures of the prices of fuel today to that of 2014 in the Congress era, we can see that even though the price of crude oil was more than three times as much as it is today, the people of India still had lower fuel prices that what they have now. What has happened to the Indian economy? Why does the government continue to slash the pockets of the common man?