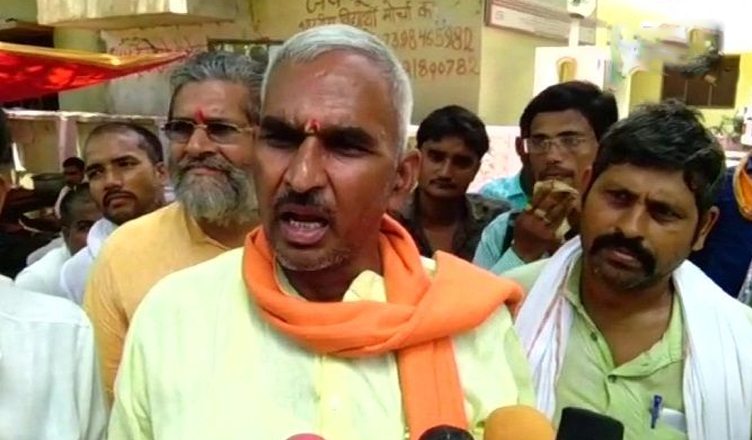 Bharatiya Janata Party (BJP) MP Surendra Singh has again stirred a controversy by saying that even Lord Rama would not be able to stop rapes.

While speaking to media, the BJP legislator, who represents the Bairia Assembly in Uttar Pradesh said, “Such incidents cannot stop. Rapes can only be controlled if people take other women as their own sisters. It can only be controlled by inculcating ‘sankar’ (good values) among girls, women, men and children, and not through ‘samvidhan’ (constitution).”

“I can say with assertion that even Lord Rama would not be able to control such crimes,” he further said.

When one of the reporters said there has been 26 percent rise in the incidents of rape, Singh retorted by saying, “Increase od decrease can be shown by you people (media) but only the police department can provide the real data. These incidents have not increased at all”.

The BJP legislator is known for making controversial statements.

In May, Singh told reporters that the parents of youth are responsible for the rise in the incidents of rape as they fail to take care of their wards. The minister further said that till the age of 15, children should be kept under strict supervision of parents and that it is the duty of the parents to keep take care of their wards. “This is the main reason for the social evil,” he further said.

Singh is the same minister who defended the Kathua rape accused Kuldeep Singh Sengar by saying, “I am speaking from a psychological point of view; no one can rape a mother of three children. It is not possible. This is a conspiracy against him (Sengar)”.