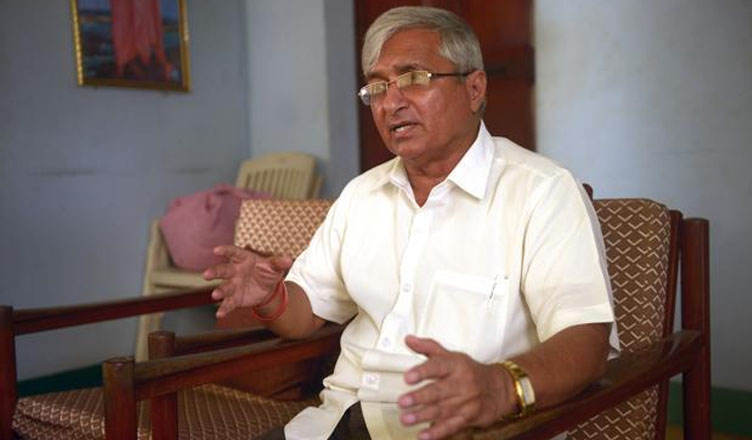 Hinting towards the rampant corruption prevalent in political parties, former Goa Rashtriya Swayamsevak Sangh (RSS) chief Subhash Velingkar on Wednesday said even Lord Rama would have to spend money to come into power in the current time.

Addressing a youth convention of the Goa Suraksha Manch (GSM), which is mentored by him, in Panji, Velingkar said, “Seeing the current scenario where there is rampant use of money power during elections, even Shri Rama will not get elected if he doesn’t spend money.”

“Parrikar dropped two ministers from the Cabinet because they are sick but he himself remains stuck to his position despite being critically ill,” he said.

The former Goa RSS chief was Parrikar’s political mentor in his initial days, but fell out with the latter after they shared conflicting views on the medium of instruction in school education.

Velingkar also attacked politicians for visiting U.S. even for their minor treatments at the cost of the state exchequer.

“The situation is not right in Goa. Politicians go to US for treatment, but we have to get treated at the state-run Goa Medical College and Hospital. They can remove others from the Cabinet claiming that they are ailing but when he (Parrikar) is critically ill, he retains his own position,” he said.