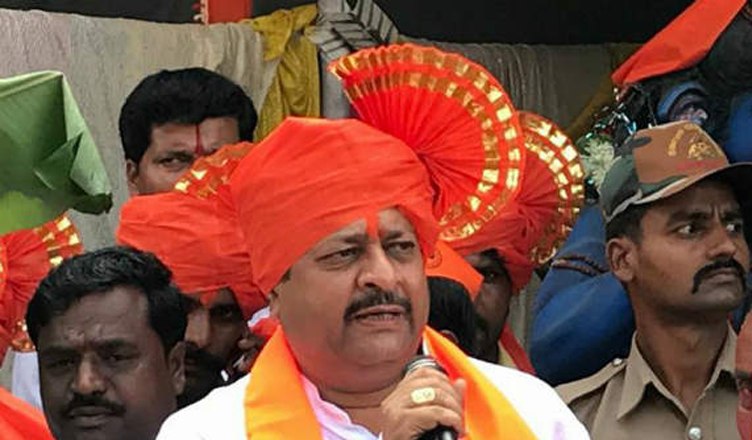 Possibly exposing BJP’s mentality, an MLA from Karnataka’s BJP, Basangouda Patil Yatnal said that elections were a war between Hindus and Muslims. At an event in Vijayapura, Yatnal said, “I had called all corporators and have told them that they should work for Hindus and not Muslims…who have voted for me in Bijapur. Hindus are the one who ensured my win in the elections. I will work to develop the Hindu community, not the Muslims.”

His defense was to stand firmly with his statement and admitted that he had asked Muslims not to vote for him. In a video of the event, that has since gone viral, he can be heard saying that he did not want anyone in a skull cap or a burka to come into his office or stand next to him.

He said further that the media is biased because they do not question any Muslim leaders that comment against Hindus but they question Hindus. He also said that he would work only to protect Hindus that were in trouble. Going on the defensive he asked whether it was wrong to stand up for the Hindus in the country.

The divisive ideology of the BJP is quite clear from the speeches and comments their politicians make. In the past CM, Yogi Adityanath has been seen saying that if they kill one Hindu we will kill a 100 Muslims. The supposed Yogi has several cases registered against him that include inciting riots and even murder but yet he is the Chief Minister of Uttar Pradesh which is a clear indication of what the BJP stands for.