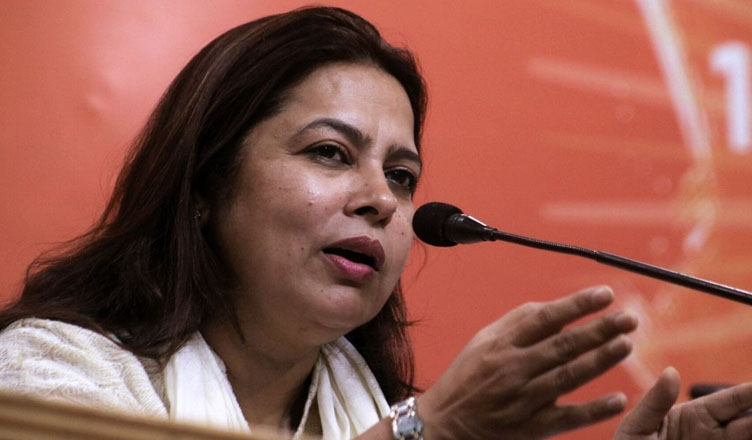 After External Affairs Minister and Bharatiya Janata Party (BJP) leader Sushma Swaraj chose to ignore questions raised over allegations of sexual misconduct against Minister of State for External Affairs M.J. Akbar, another BJP women leader chose to answer it in her own way.

When BJP MP Meenakshi Lekhi was asked to respond over the same, she said that the onus to answer on the issue was not on her but on media editors.

“The minister you are talking about comes from print media, so editors should speak about it, not me,” Lekhi said while speaking at ThePrint’s monthly event, the Democracy Wall, held in Vellore.

Instead of applauding the courage of all those women who have come out and spoken about the harassment they faced, Lekhi said that women should come out as soon as something like this happens instead of waiting for 10-20 years.

“I normally say (you) don’t have to wait for 10 or 20 years…handle it (harassment) immediately in 10 minutes right there and then,” she said.

Union Minister Akbar has been accused of sexual harassment by six women journalists in the wake of #MeToo campaign gaining momentum in India.

Journalist Priya Ramani was the first to come out and give her account of alleged harassment by Akbar.

The Congress has demanded that either Akbar comes clean or resigns.

However, the BJP government is tight-lipped and not even one statement has come from its side over the allegations levelled against its minister.

It’s time the government speak up and call for an impartial investigation into the allegations.