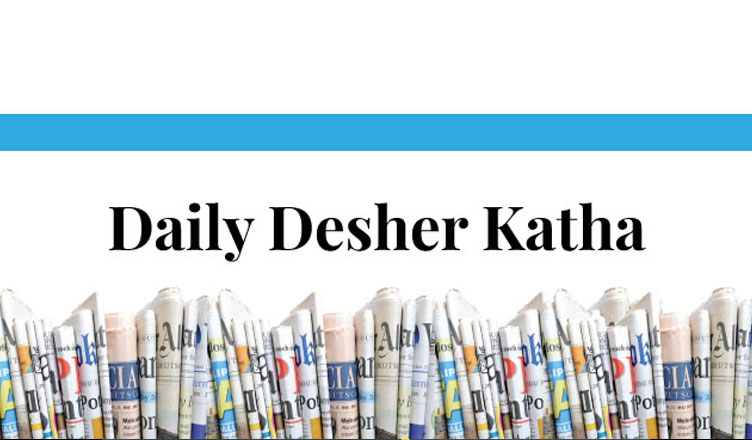 The decision of the Registrar of Newspapers for India (RNI) to cancel the registration of Daily Desher Katha, a mouthpiece of the Tripura CPI(M), was condemned by the Editors Guild of India (EGI) on Wednesday.

The RNI, in a letter on Monday, said the Bengali daily was suspended based on a verdict passed by the district magistrate of West Tripura, Sandeep Mahatme and cited “unauthorised change of ownership” as reason for its cancellation.

Terming it as a “draconian step”, the guild said the move throttled the freedom of media.

Demanding an immediate inquiry to know if the decision was politically motivated, the guild also demanded immediate revocation of the order.

Daily Desher Katha is also planning to move the courts and approach the Press Council of India (PCI).

“As a daily, Desher Katha started publishing from August 15, 1979. It is a well-established newspaper in Tripura. But ever since the BJP formed the government in Tripura, the state government is determined to close it down. We have been facing threats and bureaucratic hurdles constantly, our reporters are being beaten up, and our hawkers and agents are being threatened to stop distributing our newspaper,” Rahul Sinha, senior reporter with the daily, told The Wire.

“The cancellation of our registration might be the first instance in the history of Indian journalism when the RNI withdrew its own order hours after it issued it. This is a clear case of gagging and an attack on fundamental rights and the whole democratic structure,” Sinha told The Wire.

Since the time it came to power, the BJP has been trying to silence all the dissenting voices and have tried to muzzle the voices of the press, be it the case of The Wire regarding a Amit Shah’s son Jay Shah’s story or prominent faces of channels compelled to quit for questioning the government.