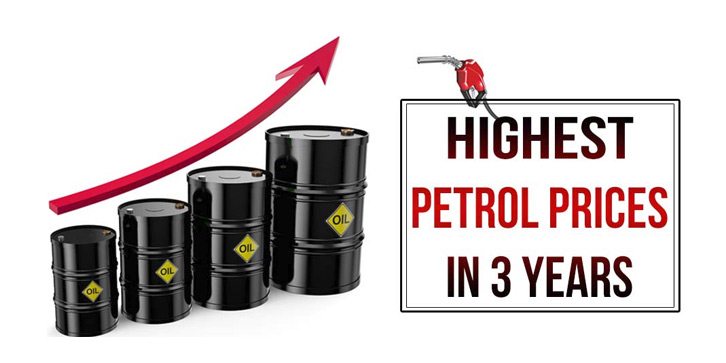 While the Indian citizens are yet to come to terms with the growing prices of basic essentials and commodities, the increase in oil prices has given them a double blow. In the period from June 2014 till August 2017, India reported the highest percentage increase in diesel and petrol taxes. The BJP-led NDA government has levied more taxes to up its revenue, that too also in a period of declining global crude oil prices.

Petroleum products are something which is consumed by every sector directly or directly, be it transport, irrigation, fertiliser, innumerable manufacturing processes and many other sectors. It solves the equation, because in this way, petroleum becomes the easiest source of revenue for government. By not passing on the benefits of lower oil prices to consumers, the government has in effect imposed a highly regressive measure on its citizens at a time of an economic downturn.

At a time when the agrarian crisis is deepening, with country reeling under the impact of droughts in many parts, the series of hikes in petroleum prices is only worsening the situation.

Instead of passing on lower oil prices to ease the burden on Indian society, the Modi government increased taxes to meet its fiscal deficit commitments and satisfy the demands of global investors. Today, the BJP government is charging Rs 17.33 per litre on diesel and 21.48 on a litre of petrol as central excise duty– an increase of a whopping 120% and 380% respectively. The revenue collected by BJP government from excise duty on petrol and diesel has more than doubled in 2015-16 and more than tripled in 2016-17 over 2013-14.

It is clear that the Modi’s government inclination is only towards the corporates, with an attitude of sheer ignorance towards farmers. Farmers are disgruntled with the way the NDA government is dealing with the agrarian issues. All achievements made in last several decades in the interest of Indian farmers have been undone in just three years of NDA rule.