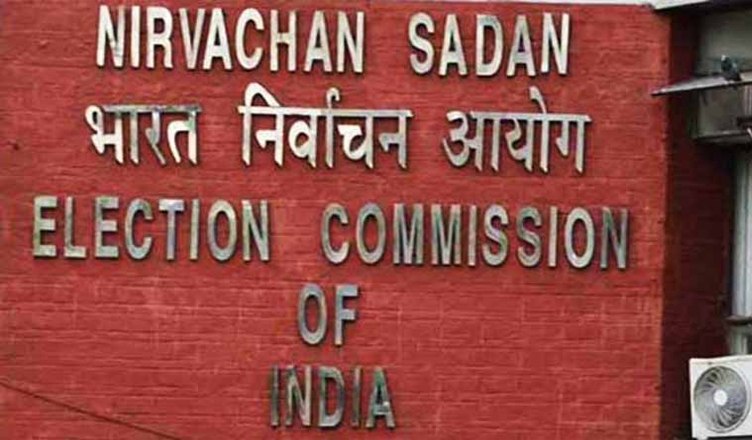 As many as 66 former civil servants have written a letter to President Ram Nath Kovind expressing their concern over the compromised “independence, fairness, impartiality and efficiency” of the Election Commission of India.

“We write to express our deep anguish that the Election Commission of India (ECI), which has had a long and honourable record of holding free and fair elections despite the enormous challenges of scale and complexity, is suffering from a crisis of credibility today. The ECI’s   independence, fairness, impartiality and efficiency are perceived to be compromised today,   thereby endangering the integrity of the electoral process which is the very foundation of Indian democracy,” the letter, also marked to the Chief Election Commissioner and Election Commissioners, reads.

Bringing attention to a number of “glaring instances,” the letter expressed the distress of the civil servants over the “misuse, abuse and blatant disregard of the Model Code of Conduct (MCC) by the ruling party at the Centre.”

It cited various examples where the code of conduct was violated, including Prime Minister Narendra Modi’s ASAT speech, NaMo TV, Yogi Adityanath’s ‘Modiji ki sena” remark and that the EC did not take any stern action with regard to the same.

Read the full letter below:

The Honourable President of India

We are a group of former civil servants of the All India and Central Services who have come together to use our pooled experience of decades of service to the Constitution of India to protect and further the values enshrined in it. As a group, we have no affiliations with any political party. Many in our group have, over the past six decades, been involved with the conduct and supervision of elections in India.

We write to express our deep anguish that the Election Commission of India (ECI), which has had a long and honourable record of holding free and fair elections despite the enormous challenges of scale and complexity, is suffering from a crisis of credibility today. The ECI’s   independence, fairness, impartiality and efficiency are perceived to be compromised today,   thereby endangering the integrity of the electoral process which is the very foundation of Indian democracy. We are distressed to note the misuse, abuse and blatant disregard of the Model Code of Conduct (MCC) by the ruling party at the Centre, and the ECI’s pusillanimity in coming down with a heavy hand on these violations. We would like to bring to your attention a number of glaring instances:

1) The Prime Minister made a public announcement on 27 March 2019 about the successful launch of India’s first anti-satellite weapon (ASAT), which made India the fourth nation in the world with anti-satellite missile capabilities. While the timing of the exercise is questionable, even more questionable is the fact that the announcement of the launch was made with much fanfare by the Prime Minister when propriety demanded that it should have been left to the officials of the Defence Research and Development Organisation (DRDO) at a time when the MCC was operative. The country was facing no immediate security threat that required the Prime Minister, who is an election candidate himself, to make a public announcement. On the purely technical ground that the announcement was not made on the public broadcasting service, the ECI held that there had been no violation of the MCC. We feel, however, that parading the achievements of a government in this manner after the announcement of elections is tantamount to a serious breach of propriety and amounts to giving unfair publicity to the party presently in government and that the ECI’s decision does not stand up to the standards of impartiality expected of it.

2) Our group addressed a letter to the Chief Election Commissioner (which was also made public) on 26 March 2019, requesting the ECI to issue directions to withhold the release of all biopics and documentaries on any political personages through any media mechanism until the conclusion of the electoral process. While the ECI is still to respond to our letter, we understand from media reports that a biopic on the present Prime Minister is slated for release on 11 April 2019, on the day of commencement of the polling process. This, in our opinion, represents a backdoor effort to garner free publicity for a political person (and his party). In the event that this biopic is released even while the election process is ongoing, we contend that the entire expenses on the production, distribution and publicity of the biopic should be debited to the election expenses of Shri Narendra Modi.

3) The same principle should also be applied to the 10-part web series “Modi: A Common Man’s Journey” the first five episodes of which are out on the streaming platform Eros Now, with the ECI again doing nothing but going through the motions of calling for details.

4) The ECI has been acting with the same lethargy in respect of the NaMo TV channel launched on 31 March 2019, which, without any formal approval of the Ministry of Information and Broadcasting, is propagating the image and views of Shri Narendra Modi. The DTH service provider Tata Sky initially called it a “Hindi news service channel” and later back-tracked and called it a “special service” not requiring any licence. The brazen violation of democratic norms may be seen from the fact that the channel has been added to all subscribers’ accounts “as a launch offer” with “no option to delete the individual channel.”

5) While the ECI has passed orders transferring three top police officers and the Chief Secretary in Andhra Pradesh and four top police officers in West Bengal, we find it curious that no such steps have been taken in Tamil Nadu, where the present Director General of Police (DGP) is reportedly under investigation by the Central Bureau of Investigation in the Gutkha scam case and there have been repeated appeals by the Opposition parties in Tamil Nadu seeking his removal from that post. He is also on extension beyond the normal date of his superannuation and, as per ECI norms, such officers should not be assigned election duties. Even more significantly, the same officer had been ordered by the ECI to be transferred during the 2016 Tamil Nadu Assembly elections.   It is unfortunate that different yardsticks have been applied in the cases of the former Commissioner of Police, Kolkata and the DGP, Tamil Nadu.

6) The Governor of Rajasthan, Shri Kalyan Singh, has made certain statements that virtually amount to canvassing for a specific political party. The ECI has also apparently apprised your office that the MCC has been violated in the instant case. Since this amounts to a grave misdemeanour, which impacts the sanctity of the Constitution of India, we request you to either remove Shri Kalyan Singh from the post of Governor or direct him to submit his resignation forthwith.

7)  The Chief Minister of Uttar Pradesh, Yogi Adityanath, had, at a recent public election meeting, referred to the armed forces as the army of Shri Narendra Modi. A similar statement has been made at another election meeting by Shri Mukhtar Abbas Naqvi, a senior BJP functionary. Such irresponsible statements by a very high constitutional functionary and a political party official not only constitute an insult to your position as the Supreme Commander of the Defence Forces of India, but also amount to a deliberate attempt to mislead the general public, apart from damaging the tradition of the armed forces as apolitical formations. Strongest action is required from the ECI to nip such cavalier statements in the bud, but the ECI has contented itself in the present case with a mild reprimand to the UP CM. We certainly hope and pray that such mild responses do not embolden others to violate the MCC and weaken the institutions that support our democracy.

8) We also note with consternation the departure from all civilised norms in the speeches being delivered by political personages, both those holding high constitutional positions and others. In particular, we would like to draw attention to a speech by Shri Narendra Modi at Wardha, Maharashtra on 1 April 2019 where, to quote the news channel News18.com, he allegedly said “The Congress insulted Hindus. People have decided to punish it in the election. Leaders of that party are now scared of contesting from constituencies dominated by the majority population. That is why they are forced to take refuge in places where the majority is a minority.” He has made a similar statement at an election rally in Nanded, Maharashtra on 6 April 2019. Such divisive speeches, with clear innuendoes, constitute a violation of one of the first requirements stipulated in the MCC: “No party or candidate shall indulge in any activity which may aggravate existing differences or create mutual hatred or cause tension between different castes and communities, religious or linguistic.” It is incumbent on the ECI to keep a close watch on all such activities and make it clear to all political parties, candidates and their workers that any such efforts to exploit communal or other divisions in society will attract the strongest action. We understand from media reports that the ECI has sought a report from the Chief Electoral Officer, Maharashtra. We hope that appropriate strict action will be taken to discourage all such incendiary speeches.

9) In our open letter dated 24 February 2019, our group detailed our proposal to the ECI for the proper implementation of VVPAT-based audits of EVMs in the forthcoming elections. The ECI made an astonishing submission before the Supreme Court that if manual counting of VVPAT slips of 50%  of EVMs is done (as prayed for in a joint PIL by 21 Opposition Parties), the election results would be delayed by six days when everyone is aware that, even in the days of paper ballots, the counting used to get over within 8 to 15 hours and the results were declared either the same day or the next day. The ECI had constituted an Experts Committee to make recommendations on VVPAT-based audit. This was a simple matter which required only two or three sittings of the Expert Committee and could have been finalised in less than a month. The first meeting of the Expert Committee was held on 4 October 2018. The next meeting of the Expert Committee was mysteriously delayed by five months and it was held without inviting the members who expressed dissenting views in the first meeting!  The ECI’s obdurate conduct and its reluctance to undertake a proper VVPAT audit when its present sample size fails to detect a ‘defective EVM’ (i.e. a malfunctioning or manipulated EVM) 99% of the time raise serious questions about its motives for doing so.

Hon’ble Rashtrapatiji, we are deeply concerned about the weak-kneed conduct of the ECI, which has reduced the credibility of this constitutional body to an all-time low.  Any erosion in the people’s confidence in the fairness of the ECI has very grave consequences for the future of our democracy and we hope that the gravity of the situation will be appreciated by the ECI. We appeal through you, Hon’ble Rashtrapatiji, to the ECI to conduct itself in a manner where its independence, fairness, impartiality and efficiency are not questioned and to firmly exercise the extensive mandate given to it under Article 324 of the Constitution of India to ensure that the Indian voter is able to exercise her/his franchise without fear or favour.

Former High Commissioner to Bangladesh and former Ambassador to Nepal

Former Adviser to Governor of Punjab & former Ambassador to Romania

Former Member, Board of Revenue, Govt. of Uttar Pradesh

One thought on ““EC suffering from crisis of credibility,” former civil servants write to President”