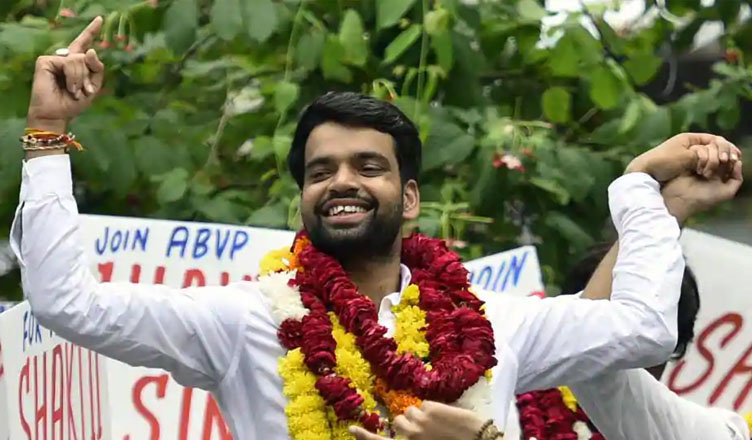 The letter was put out by a Twitter user Humesh Sagar (@HumeshSagarNSUI) on Thursday, which was retweeted by Congress’ student wing National Students’ Union Of India (NSUI).

“I hereby submit that Mr Ankiv Baisoya has not enrolled in our University or in any of our Constituent or Affiliated Colleges and is not our student at all. The certificate he has produced is fake and not from our University. The Controller of Examination has issued a letter stating that the certificate is not genuine after verification of records of the Controller of Examination office,”  the letter states.

The Congress’ student wing had sent Baisoya’s degree to Thiruvalluvar University for verification, to which the university replied saying that it was a fake certificate.

“With the reference to the above, it is informed that the copy of the certificate of following candidate has been verified and found that the said certificate is NOT GENUINE. It is a FAKE CERTIFICATE,” read the letter. 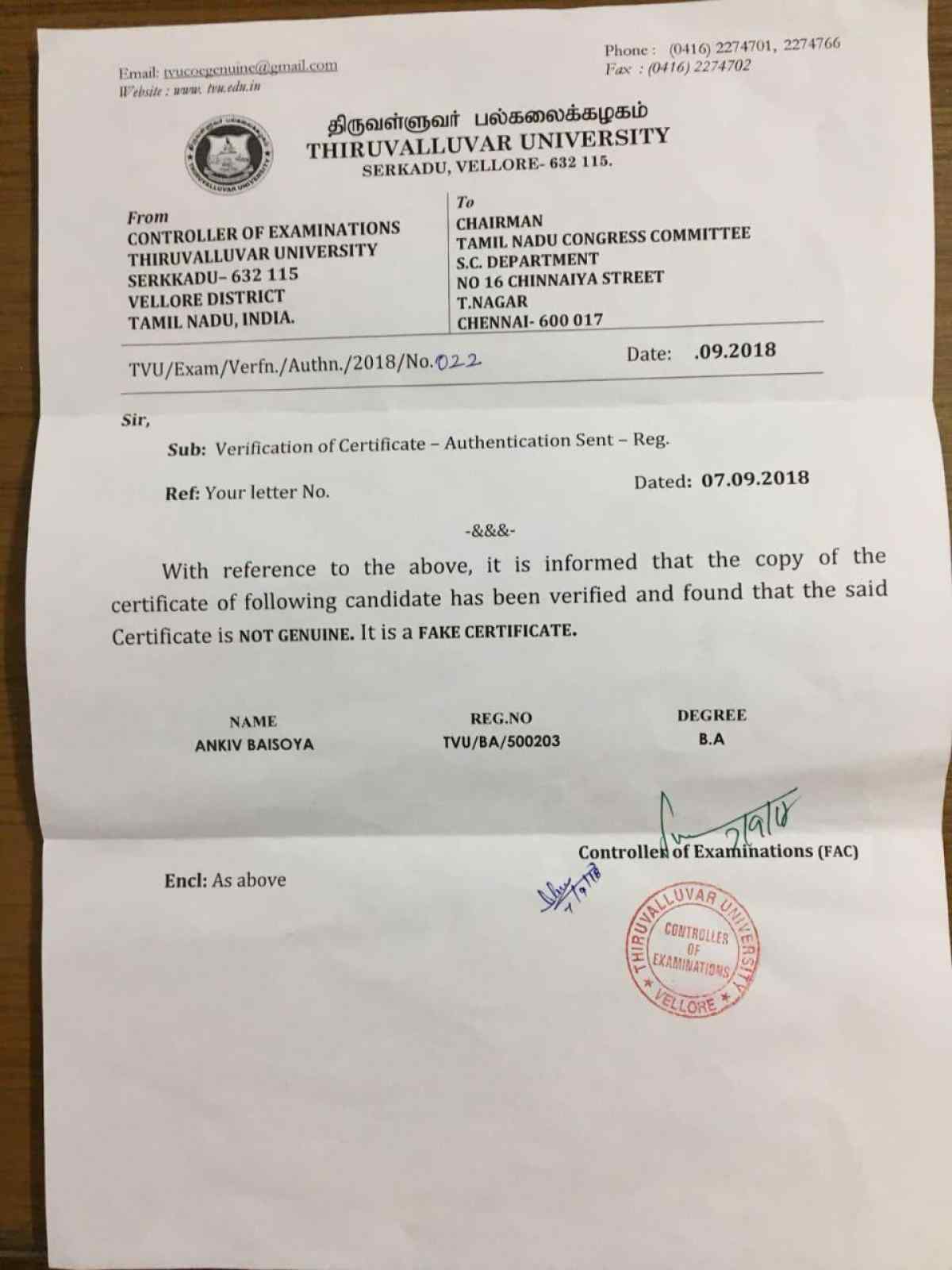 Accusing the Delhi University (DU) administration of being biased, the NSUI has demanded their candidate Sunny Chillar to be declared as the DUSU president as well as the arrest of Baisoya for “deceiving the students and DU administration by means of misrepresentation and fraud”.

Investigation in the matter is still underway.