BJP’s announcement of “new scheme” named ‘Pradhan Mantri Sahaj Bijli Har Ghar Yojana’ called as ‘Saubhagya’, is nothing but the repackaged scheme of 2005, launched by the UPA as ‘Rajiv Gandhi Grameen Vidyutikaran Yojana.’

To make things clear for you, just see the two pictures below: One talking about the present scheme and the other about the 2005 scheme. 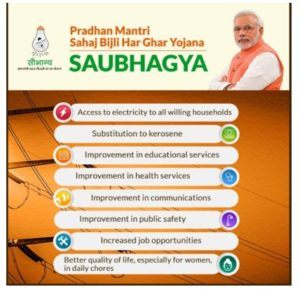 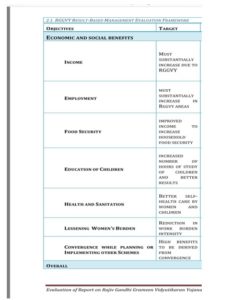 Do you find any difference between the two schemes except “willing households”. We are not counting “substitute to kerosene” because that is obvious if electricity is available. So, it is not needed to be mentioned separately as such.

Modi launched a scheme named as Deen Dayal Upadhyay Grameen Jyoti Yojana (DDUGJY) in 2014. What were the claimed benefits of the scheme?

Compare the above with the previous two screenshots. Did you find any difference in the claimed benefits in these three schemes?

Now, compare RGGVY and DDUGJY under Modi government. Check for yourself here:

Did Modi government reach such a stage where they can’t even launch a social welfare scheme as their own and they have to rename their own renamed scheme to launch as new? Is it overconfidence or sheer desperation to divert the public attention from failing governance and crashing economy? Readers are the best judges.