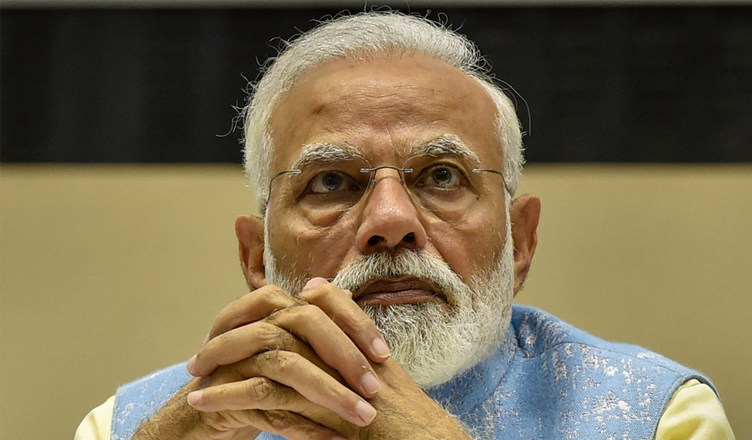 Describing Prime Minister Narendra Modi’s “nuclear” remark as “dangerous, provocative and irresponsible,” the Indian Doctors for Peace and Development (IDPD) on Tuesday requested the Election Commission of India (ECI) to debar him from contesting polls.

While addressing a rally in Rajasthan’s Barmer on Monday, PM Modi said that “India does not have nuclear weapons for Diwali,” indicating that India is not scared of Pakistan’s threats.

“The irresponsible, ‎dangerous and ‎provocative nuclear rhetoric that ‎India does not have nuclear weapons ‎for Diwali by the prime minister at ‎Barmer‎, ‎Rajasthan on April 21 ‎amounts to threatening the neighbour. “‎It can push the whole ‎region into nuclear catastrophe. ‎He ‎should be debarred from contesting ‎elections and addressing any election ‎rally and making such statements,” the complaint lodged by IDBP senior vice-president Dr. Arun Mitra read.

“This was done purposefully to fetch some votes and win applause from innocent followers and admirers. It is unfortunate that this is being done, despite the fact that the events following the Pulwama terrorist violence — which killed 49 CRPF personnel — had nearly pushed India and Pakistan to the brink of war. Threat of use of nuclear weapons gave a dreadful shiver to people on both the sides. Saying that nuclear weapons are not kept by us for Diwali in a sarcastic way does not behove a statesman, as everyone knows that any use of nuclear weapons would be catastrophic not only for the region, but for the whole world,” the complaint signed by others including, president Dr. SS Soodan, general secretary Dr. Shakeel-ur-Rahman, and senior vice-president Dr. Satyajit Kumar, further read.