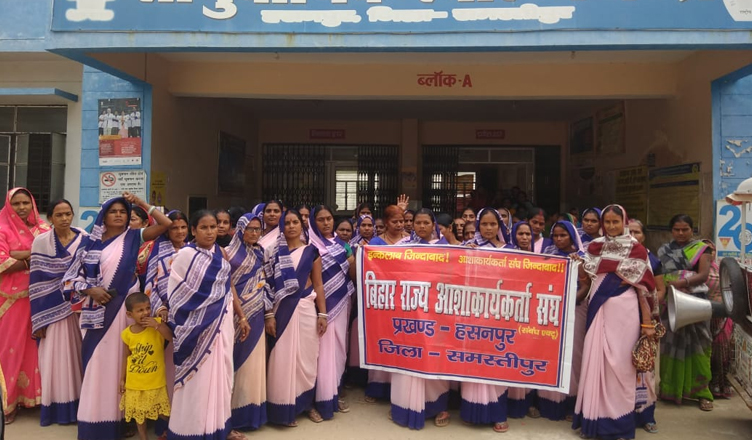 Angered by the failure of the Modi Government to fulfil its promises, Accredited Social Health Activist (ASHA) workers in Bihar have launched an indefinite strike on December 1.

In September, Prime Minister Narendra Modi promised to increase the monthly honorarium of Accredited Social Health Activist (ASHA), ANM (Auxiliary Nurse Midwife) and Anganwadi workers across the country and said that it was a “Diwali gift” for the workers.

PM Modi had also stated that these workers would be brought under schemes like Pradhan Mantri Jeevan Jyoti Bima Yojana and Prime Minister Suraksha Bima Yojana.

He had announced that the hike would come into effect from October and would reflect in their salaries that they would receive November onwards, News Central 24×7 reported.

December has come but none of what was promised can be seen turning into reality.

According to News Central 24×7, ASHA workers in Bihar have demanded for recognition as government servants, monthly salary (fixed pay) instead of stipend, and inclusion in the Below Poverty Line (BPL) category.

“Health administrators and seniors in the district health departments often misbehave with ASHA workers. They want the government to take note and ensure that the workers don’t face any form of harassment,” Shashi Yadav, Bihar State secretary for the All India Progressive Women’s Association (AIPWA) and Bihar president for ASHA Workers’ Union, told NewsCentral24x7.

“While we put a lot of effort to make vaccination drives successful, in case one worker covers less than 50 per cent, she doesn’t receive any payment. If one manages to vaccinate 80-100 per cent of the target population, then only the incentive is paid,” Manju Devi, a Patna-based ASHA worker, told NewsCentral24x7.

Communist Party of India (Marxist-Leninist) [CPI-ML] leader Dipankar Bhattacharya took to Twitter and said that the health workers get a pittance as “incentives” in lieu of a salary.

ASHA workers are now on an indefinite strike in #Bihar. They are the backbone of the healthcare system, but the government doesn't even give them the basic recognition of employees. And they get a pittance as 'incentives' in lieu of a regular salary. Justice for #ASHA workers. pic.twitter.com/GUEGiwXmjr