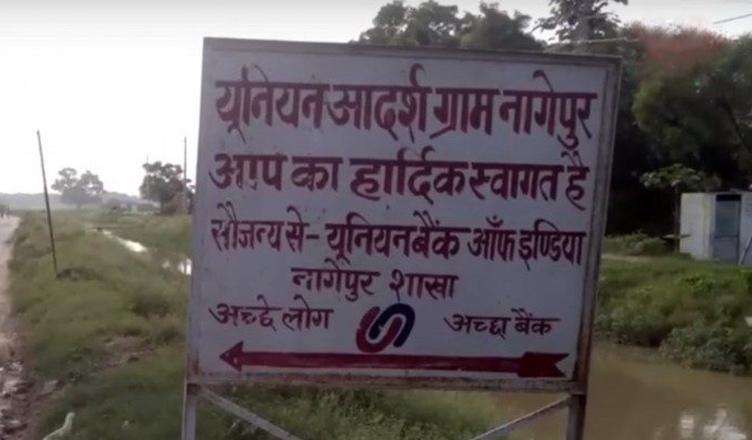 Saansad Adarsh Gram Yojana was announced by Prime Minister Narendra Modi on October 11, 2014. Under the scheme, where every parliamentarian was to adopt up to three villages and ensure their holistic development, PM Modi also adopted four villages – Jayapur, Nagepur, Domri and Kakrahia.

However, the condition of Varanasi’s Nagepur village is far from holistic development, let alone making it a model village.

According to the sarpanch of the village, 21 areas of development were decided but most of them continue to remain as mere points on paper. “Our village being adopted by the prime minister made national and international news, but nothing has happened here, officials come and leave without doing anything,” The Wire quoted a resident, Bainath Maur as saying.

The biggest issue for the Nagepur residents is lack of a drainage system, which leads to lanes getting waterlogged, breeding of insects and illness. What is even worse and unhygienic, the same contaminated water seeps into the wells, the primary source of water for many of the villagers. The villagers told that about 30-40% of the hand-pumps, installed under the National Rural Drinking Water Programme (NRDWP), discharge dirty water.

Also read: Dalai Lama apologises for remarks on Nehru, thanks him for sheltering Tibetans

Above that, there is no primary health centre or sub-health centre in the village which is at such a high risk of disease.

Over 50 per cent of households in the villages are yet to be electrified.

Even the solar plant set up in Nagepur has been a matter of loss for Maur who has still not been fully compensated for the land acquired from him by the government to set up the plant.

It is really sad to see the state of affairs in Nagepur village. PM Modi does big talks about developing smart cities, however, it would be better if he first focuses on making our villages smart.