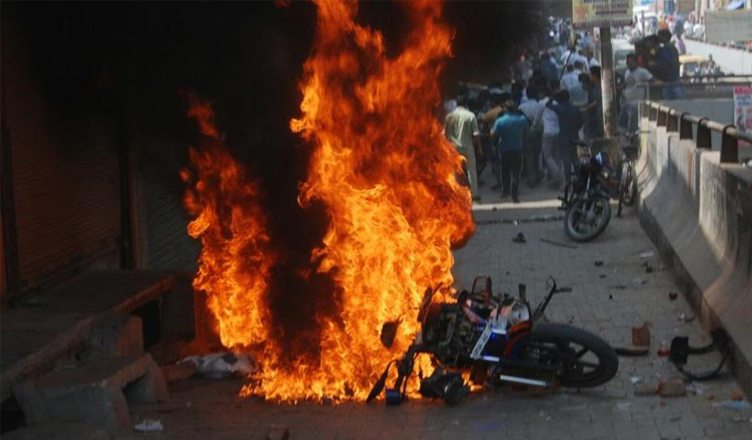 The violence that engulfed India on Monday’s Bharat bandh – called by the socially marginalised groups to protest against the alleged dilution of the Scheduled Castes and Scheduled Tribes (Prevention of Atrocities) Act – is deplorable and must be condemned by all right-thinking citizens, irrespective of our political preferences.

Causes, however noble, are blemished when there is bloodshed and loss of lives. No civilised society can condone such protests and the culprits must be brought to justice by the government, albeit the current government has been extremely lax in brining to justice anti-social elements since it assumed office in 2014.

However, we must not allow the unfortunate violence to blind us to the grave injustice being meted out to the socially disadvantaged groups. As with any law that seek to protect the vulnerable sections of the society, there is indeed scope for it to be misused to settle personal scores by those with a vindictive bent of mind. What is required is to seek checks and balances to such laws, which evolve over time. For such checks and balances to evolve, what is needed is an atmosphere of trust and belief that the government has no ill intent against any group.

Even though the BJP government occasionally voices its intent to ensure justice for all and inclusiveness in its approach to administration, its actions (and inaction against perpetrators of hate crimes), are devoid of integrity. Although the government says that it is concerned about the welfare of all, especially the socially disadvantaged, its actions reek of a deep-rooted vindictiveness against the vulnerable sections of the society.

Over the past four years since this government came to power, it has had one failure after another with reference to protecting the vulnerable sections of society. From how it handled the Rohit Vemula case to the Una flogging incident, from the Bhima-Koregaon conflict to a Dalit boy being stabbed for sporting a moustache, this government’s criminal incompetence in handling anti-social elements repeats with alarming regularity.

Adding to the anxieties of the socially disadvantaged people is the fact that the supporters of the government, mock, taunt and threaten them with impunity. The political discourse on social media is rife with prejudice, and sometimes hatred towards certain communities is worn as a badge of honour. While debate is welcome in any civilised society, those with opposing views are often derided and mocked. Discussions about affirmative action for certain sections of people, are rife with slurs and hatred, which further diminishes trust in the ruling elite.

It is in this backdrop of oppression, both overtly and covertly, that the Dalits are protesting, and their anger goes far beyond the perceived dilution of the SC/ST Prevention of Atrocities Act. The PM’s silence has been conspicuous over the matter, despite violence being reported across the country, which has resulted in many fatalities. Despite ruling at the Centre and at many states, the BJP has not been able to provide answers or even engage with people in an atmosphere of trust and candidness.

Far from looking for solutions and alleviating the anxieties of the socially disadvantaged people, the government has provoked them on many occasions and it now finds itself unable to deal with rising anger among various sections of the society. BJP president Amit Shah got a glimpse of the seething anger among people last month in poll-bound Karnataka. When livid Dalit leaders pinned him down at a meeting and asked him what action would be taken against Union minister Ananth Kumar Hegde, who in December had compared protesting Dalits to street dogs, Shah meekly said that those statements don’t reflect the views of the BJP. Yet, the BJP is reluctant to take action against the errant Union minister or at the very least reprimand him and make him apologise for his slurs.

This brazen attitude of the BJP emboldens social elements who continue to rip apart the peaceful social fabric of our country. It is this insolence that is construed to mean that the BJP gives tacit support to those who muddy the waters of social harmony.

As a party that harps on nationalism, it is high time the BJP introspects and asks itself whether its policies and actions are in alignment with its own slogan of “Sabka Saath Sabka Vikas”.