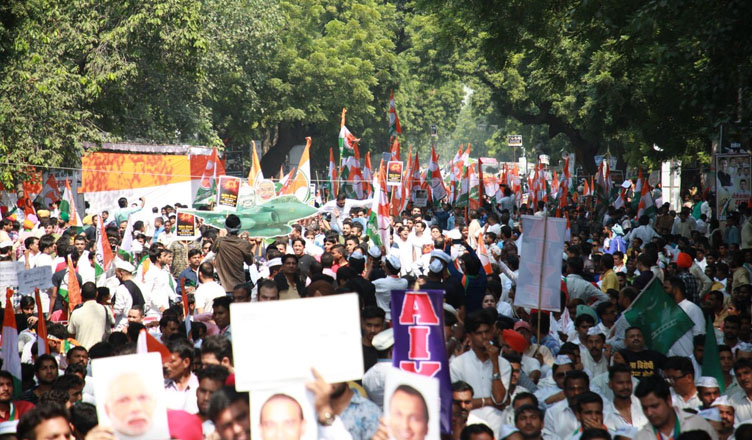 The youth wings of 14 major national and regional political parties came together as the United Youth Front and organised a march, which they named as Desh Bachao, Yuva Bachao, to Parliament on Monday as a sign of protest against the Prime Minister Narendra Modi-led NDA Government on various issue such as fuel price hike and unemployment.