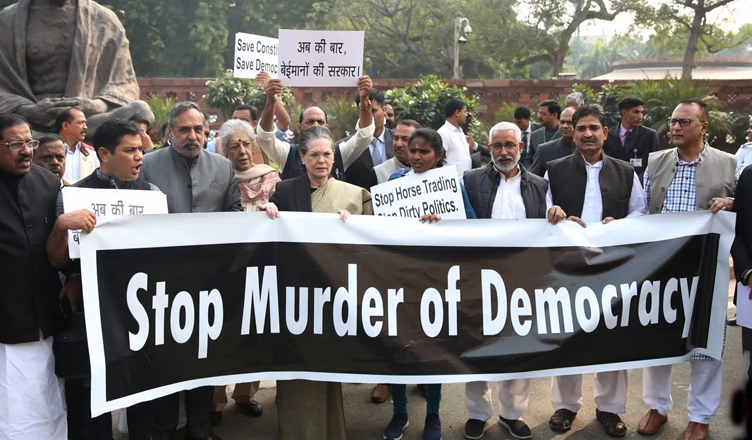 Commenting on the ongoing Maharashtra issue, Congress leader Rahul Gandhi on Monday said that democracy has been murdered in Maharashtra.

“Speaker Sir, I had come here to ask questions but it doesn’t make any sense to ask any question today as democracy has been murdered in Maharashtra,” he said when Speaker Om Birla told him to ask a supplementary during Question Hour.

The matter was scheduled by the apex court to be heard on Sunday at 11.30 a.m.

The letters were produced before the court on Monday morning.

Following this, the Supreme Court announced that it will give its decision regarding the issue on Tuesday at 10.30 a.m.

Earlier in the day, Congress president Sonia Gandhi led a protest in Parliament premises against the BJP’s move to form the government in Maharashtra.

Slogans such as “Stop Murder of Democracy”, “Stop Horse Trading, Stop Dirty Politics” were raised during the protest.

One thought on “Democracy has been murdered in Maharashtra: Rahul Gandhi”