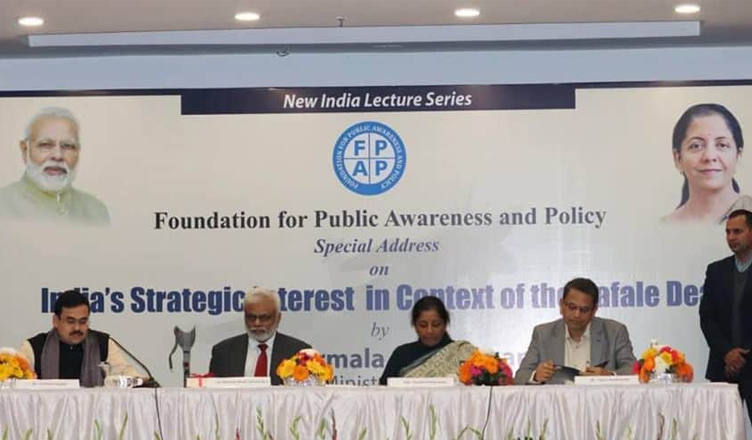 At the event, a plastic folder was given to the attendees, that contained a two-page document, titled “Official Reply by Defence Ministry to N. Ram’s article published by The Hindu on 18.01.2019”.

News Central 24×7 found out that the document which was given to the attendees contained more information than given by the spokesperson of the Ministry.

Colonel Aman Anand, officiating as the spokesperson of the Defence Ministry, had handed over a two-page document to some journalists and had stated that this has explanation given by him in his own capacity and should not be attributed to the ministry.

News Central 24×7 compared the two documents and found out that the document released by the RSS front has more information than the one released by Anand.

Read the two documents below to see the difference highlighted: 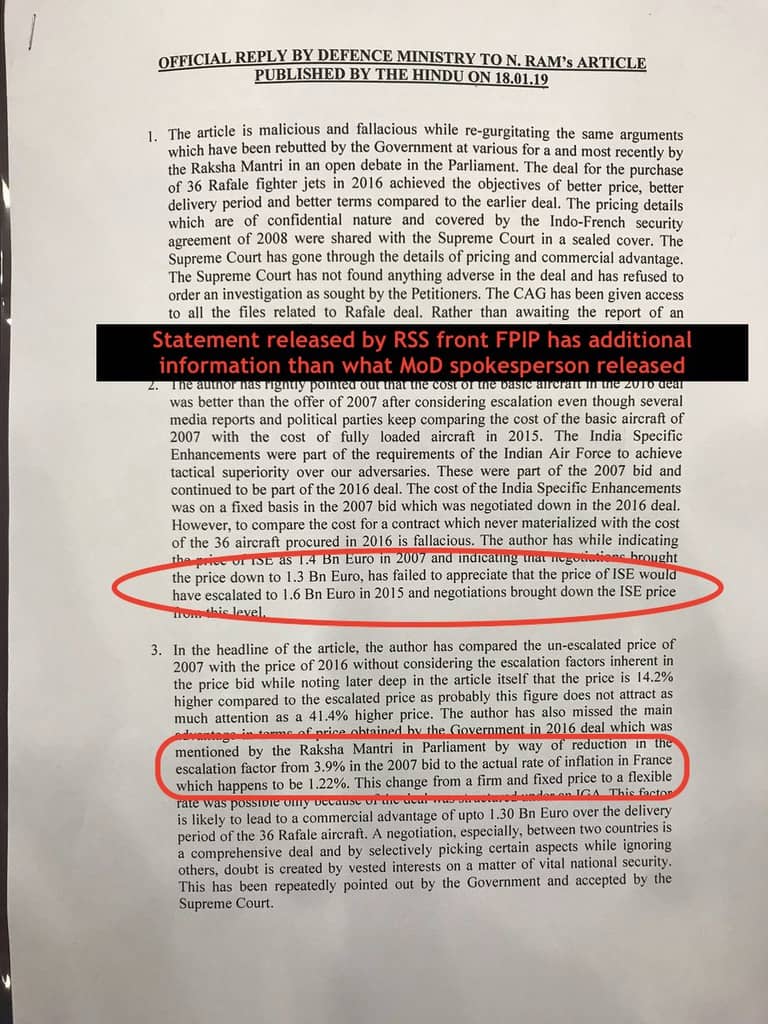 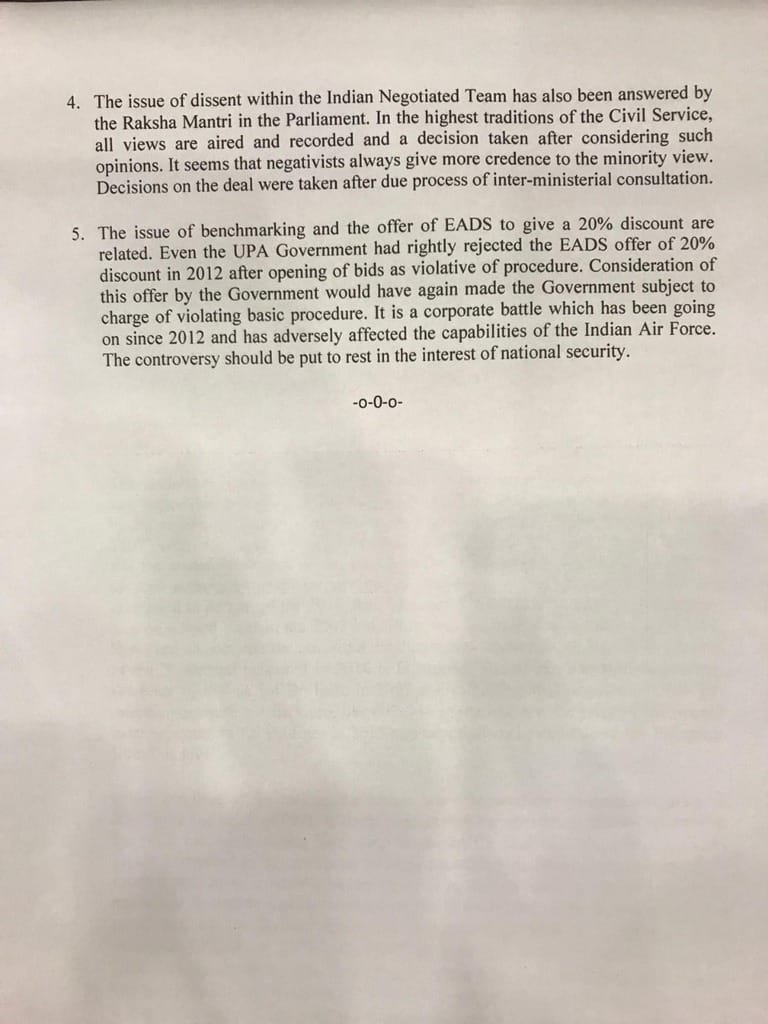 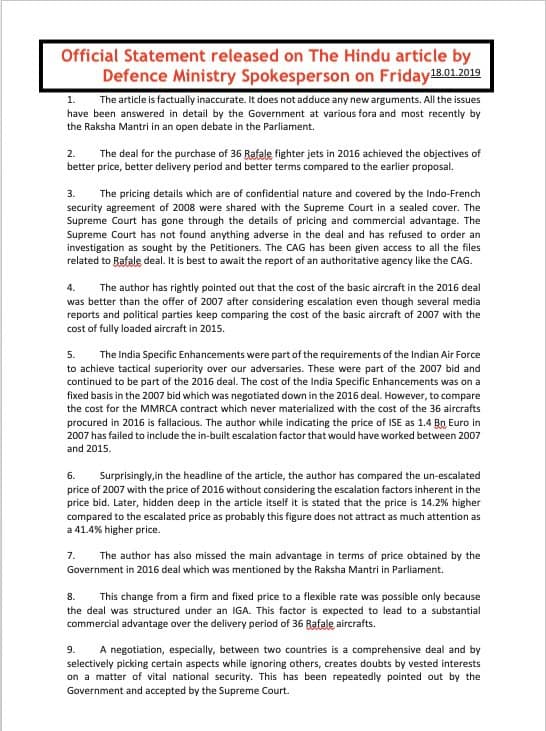 The document released by the RSS front contains such facts and figures which the Prime Minister Narendra Modi-led NDA government refused to share even in the Parliament, citing reasons such as national security.