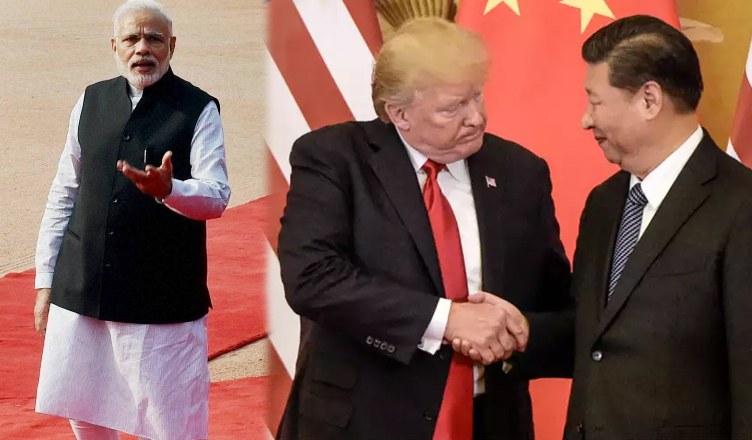 Contemporary globalisation did not exist in a vacuum. There is no place that one can turn to in terms of locating its epicenter because it was lead by a series of uneven processes which lead to interconnectedness. No doubt, international trade has played a significant role in shaping the modern world. Tariffs and quotas have a simultaneous impact of benefit for some at the cost of lowering the utility for others at domestic or international level. This is why trade and development are connected to crisis in land and peace at the same time, as it about what gains or losses flow to state and its other machinery, which have a direct impact people. The historical trajectory of trade flows may have had an imperial bias with plunder as one of its key features, yet the asymmetries of exchange call for analysis.

The world is facing a thorny situation of trade war. The situation is sticky as the paradigm of global world with its anchors of trade and finances indeed makes it tough to stay-out or remain neutral, in order to not be affected or avoid any loss atleast. International Organisations like World Trade Organisation WTO evolved after several rounds of negotiations with an aim to have multilateral dialogue for trade as an engine of progress.  Disputes and disagreements exist in any mechanism and WTO was no different in this regard. However, the larger debate is if trade wars are being perceived as a mechanism as a means to address trade disputes, then amidst this aggressive unilateralism, India too is facing the heat of its underlying consequences.

China raised import duties on a $3 billion list of US pork, apples and other products. Tit for tat never ends disputes, and in this case of trade war, thoughtless disturbance and escalation in tariffs are bound to impact the nations and the global economy. The heavy casualties that this may bring will have an impact on India also. These ripples in industrial and trade policies of U.S.-China will impact Indian diamond trade, as there are looming fears whether U.S will increase the duty on items such as gems & jewellery to check shipments from China.

Further, President Trump’s idea of making ‘America Great Again’ was recently made obvious again when he mentioned about certain policy changes or cenuring nations which have trade deficit with U.S & India surely is a case here if one looks at trade figures of previous years. The very exercise of rectifying these omissions and loses may just lead to more troubles for India. It has to factor in the question of subsidies, and overall productivity ofthe economy.

As U.S. hiked tariffs on steel and aluminium imports- both Chinese as well as Indian markets felt the reverberations. US also imposed constraints on $60 billion worth of Chinese technology and consumer goods.  Indian imports are more as compared to exports where the former are indispensable also. To add here, if ground realities are a proof then GST has not been of much use as it has not been exporter-friendly. Therefore retaliation then is not the right way for India.

Not to ignore here the short-sighted and random way working of Trump administration where there is a mismatch between actions and deeds. Engagements then beyond handshakes between haeds of governments do not lead to any meaningful enhancements of ties. The past justifies this as seen in case of racist attacks on Indians in the U.S. or in case of visa issues for our working professionals, hardly any common cause was shown by the U.S.

Looking at recent impulses and changing dynamics of U.S administration, there are tensions that will New Delhi be able to strike the right chord of diplomatic manoeuvres by convincing Washington- other stakeholders in the United States—including the U.S. Congress, state governments, and the private sector amongst others for acting in India’s interest in such times of turbulent interdependence. Amidst the trade tensions, wait and watch attitude is lackadaisical where the act of non-assertion may pave way for recession.

Recently China made a deft move by pointing towards detente with India especially in Trade aspect. The world may have seen the demise of the cold war where there was no actual war but it was more about ideological reasons and that very propaganda as the use of negotiating terms can never be discarded even in present case.

With troubled ties against the backdrop of Doklam, rapprochement with talks of technology and skill transfer for cross-continental connectivity via Belt and Road Initiative (BRI), cannot ignore the fact that how China seeks to influence in its immediate neighbourhood with great interest. China Pakistan Economic Corridor also violates India’s sovereignty or its investments in Maldives are often led with a strategic prowess over India.

The traditional mechanisms of trade diplomacy at international level, namely increasing ties with major trading partners, not  allowing the nation to fall into any single alliance, without aligning ourselves too much into a single bloc, engage with WTO forum in a rule-based manner. These have to managed juxtaposed with domestic intricacies, low costs of business, insurance, development of market amongst others. However there are stark realities that hamper these ideas.

Looking at rising numbers in unemployment levels, job creation and discovering sources of sustainable livelihoods is hard task for the government. The flooding of goods from China also hits avenues of enterprise, jobs, revenues at home. There are reports of increasing duties to let domestic manufacturing via ‘Make in India’ work which may just lead to counter effect on inflation. To add to that there are issues with financing failure of ‘Skill India’- where employers are yet not ready to sponsor skilling employees.

This crisis demands immediate answers as nearly half of our trade has an interface with international now. With this larger stake in international political economy, India has not been able to chalk out contours of dealing with immediate pressing concerns of impending trade war and also not given any thought process to use this tensed situation as an arena to propagate for fundamental reforms of the WTO system, if it is actually serious about apt projection of nation as global leader.