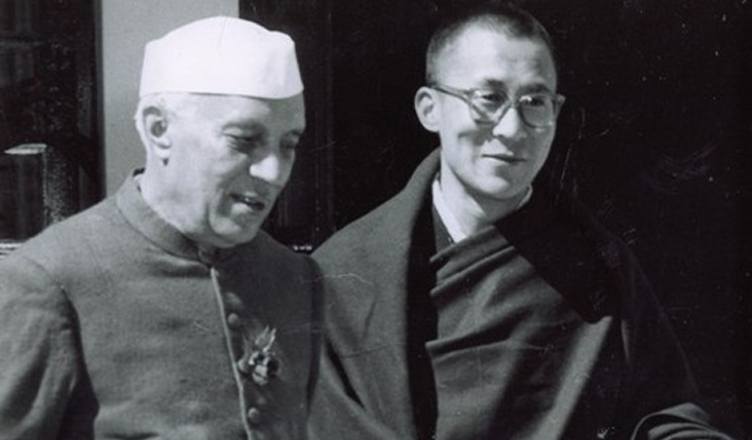 “My statements (on Nehru) have created a controversy. I apologise if my statements were wrong on Nehru and Jinnah,” the 83-year-old Nobel laureate told reporters on the sidelines of an event in Bengaluru.

He also thanked Pandit Nehru for supporting Tibetans and sheltering them. “I had a close relationship with Nehru, who suggested to have separate schools to preserve the Tibetan thought. He (Nehru) supported the Tibetans’ cause,” the Tibetan spiritual leader, who lives in exile in Dharamshala, said.

“Immediately he set up a committee headed by the union education minister…at that time, we wrote to different states for the allocation of some land. The best sort of response came from the Mysore state. One major factor was late Nijalingappa, who extraordinarily showed concern for the Tibetan cause. He promised me he will support the Tibetan cause,” the Dalai Lama said.

On August 8, while speaking to the students at the Goa Institute of Management at Sanquelim in north Goa, the 14th Dalai Lama had said, “Mahatma Gandhi wanted to give the prime ministership to (Mohammad Ali) Jinnah. But Nehru refused. He was self-centred. He said, ‘I want to be Prime Minister’. India and Pakistan would have been united (had Jinnah been made Prime Minister at the time) had Mahatma Gandhiji’s thinking materialised.”

The Dalai Lama was only two when he was recognised as the reincarnation of the 13th Dalai Lama Thubten Gyatso. He fled to India from Tibet after a failed uprising against the Chinese rule in 1959.

“The Tibetans, who were demoralised after turning into refugees in India, grew confident over the years with the help they got from the country to make their living,” the Dalai Lama said.