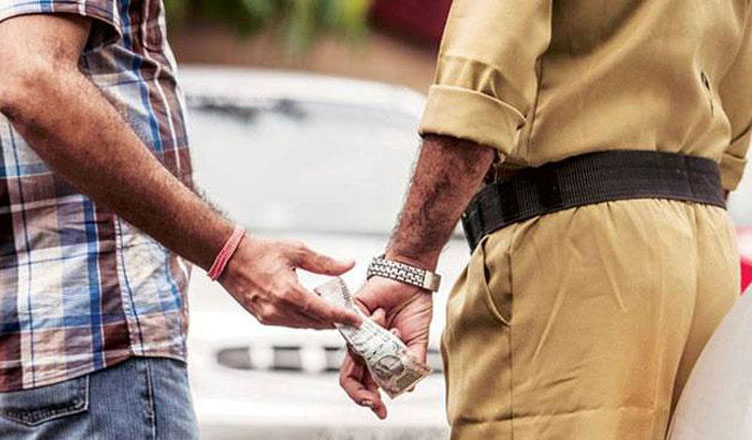 According to a survey by Transparency International India, corruption has gone up in the country during one last year. The survey was conducted in association with the online community platform Local Circles in which 56 per cent citizens admitted to paying bribe in the last one year.

91% of the participants said either their states had no anti-corruption helpline or they were not aware of the presence of such helpline in their states.

“This shows the lack of will from the states to ensure that citizens become aware of corruption issues and get involved in the fight against corruption by reporting cases and instances of bribery and corruption,” the survey stated.

Cash is still the primary mode of bribery because around 39% of participants paid bribes in cash followed by bribes through agents (25%) and bribes in kind (1%).

Despite computerisation of government offices, cases of bribery have continued. Although installation of CCTVs cameras has been a deterrent for the offenders, as only 13% of the surveyed citizens paid a bribe to government offices which had CCTVs installed.

“Bribe giving has become extremely rampant in the country due to bureaucratic red tapism and incompetence,” it said.

The survey also stated that it showed the state government’s lack of ‘will’ and ‘initiative’ ” as only 34% of the participants said that states have taken steps to curb corruption but these have not been effective.”

According to the survey, the top three corruption prone departments are property registrations and land issue authorities, police and municipal corporations.

The per cent of people who admitted to giving bribes in Madhya Pradesh was 50, while it was 39 per cent in Rajasthan.

In Uttar Pradesh, 59 per cent of the residents who participated in the survey admitted to giving bribes.

It’s clear that most of state governments, especially the BJP-ruled states, have been unable to take concrete steps to reduce corruption.