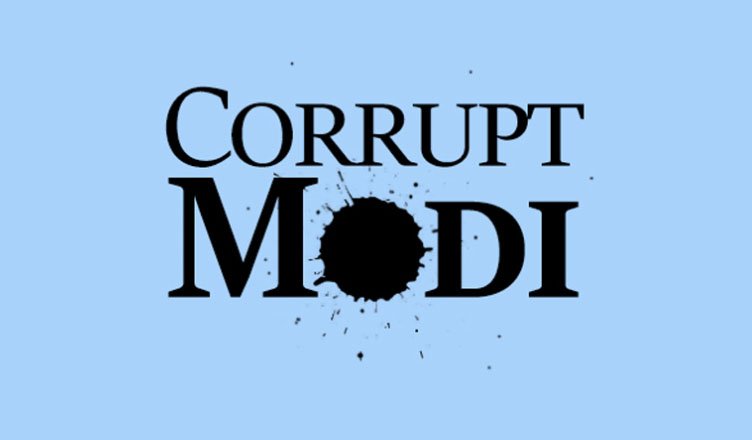 We keep getting to know about the scams the Bharatiya Janata Party (BJP) is indulged in, the latest being the Rafale scam. However, as soon as one comes, people tend to forget about the other. Well, a website has been launched under the title of ‘Corrupt Modi’ which acts as a repertoire of all the BJP scams till date.

According to the website, the BJP is indulged in as many as 69 scams amounting to a whopping Rs. 7.58 lakh crore

Interestingly, the site has mentioned all the BJP scams in an alphabetical order, starting right from the alphabet ‘A’ and listing scams such as the 2005 Adani Land scam and the 2016 ABCD scam and ending at ‘Z’ with the 2017 Zubin Irani Land scam.

Apart from that, the home page lists the scams that have taken place lately and give a detailed information about the same.

A section on the homepage is dedicated to videos on different BJP scams. You can click on the ‘view all’ tab to watch all the videos.

A photo illustration on the right side of the home page stands true to the name of the site, ‘Corrupt Modi’, as it shows Prime Minister Narendra Modi in full frame and his body entirely covered with Rs. 2,000 notes. One can easily understand what the site is trying to portray.

Some of the scams listed by the ‘Corrupt Modi’ website are:

Log on to www.corruptmodi.com to read about these scams and many other BJP scams.

7 thoughts on “Corrupt Modi: Your one-stop place for BJP scams”