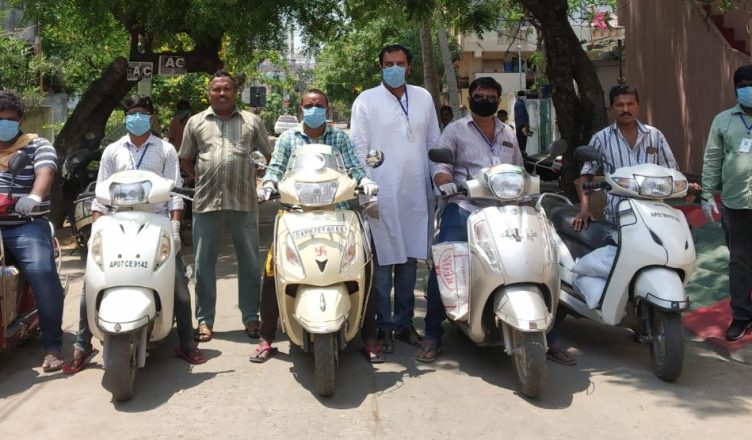 It is now certain that the central government was caught napping as the opposition, particularly the Congress party, made several attempts to caution them about the Coronavirus pandemic. The government was so oblivious that as late as March 18th, the Minister of State for Finance, Anurag Thakur, claimed that there would be no adverse impact on the Indian economy due to the Corona Virus. He went onto assert that the Indian economy would actually gain from the plummeting global oil prices, triggered by the outbreak of the pandemic!

Despite the several wakeup calls, the government chose to be in a slumber and when it finally had to announce a lockdown to contain the contagion, it did so without considering the ramifications of an overnight announcement. Millions of people are stranded and there is little support from the central government.

Meanwhile, several states had begun taking precautionary measures even before the central government announced the lockdown. Recounting the experience of the North East, Captain GK Zhimomi, an ex-Army officer says that “Nagaland declared partial lockdown since 22nd March and full lockdown starting midnight of 23rd March much before the nationwide lockdown was announced. Since we are a landlocked state, we are accessible only through Assam, and panic gripped the people on the availability of essential commodities. A week into the lockdown, people especially daily wage earners and small-scale business owners are bearing the brunt. With little planning by the central government, the social support system of tribal people in helping out each other in times of distress is sustaining the hope of the people. Reaching out to less fortunate neighbours and relatives is the bounden duty of every responsible citizen, without breaching the guidelines of the lockdown. As a committed Congressman, when there is a crisis, I will rise to the occasion and do what little I can. I am a Congress Ka Sipahi.

Down South, the response to the pandemic has largely been much better given the better medical facilities and the preparedness of the regional governments. However, in the south too there are thousands of migrant workers who are stranded. As business activities came to a halt in the wake of the lockdown, several people have lost their livelihoods.

Expressing his disappointment with the central government, Rohit Savaram, from Guntur in Andhra Pradesh, who is one of the thousands of Congress Ke Sipahis, across the country says, “I was appalled by the plight of those stranded and the destitute. They have nowhere to go and there is no one to care for them. The summer has set in and Guntur becomes unbearably hot. How will the most vulnerable people survive in this heat? I was shocked by the callousness of this government that has revealed its insensitive side time and again. I therefore decided to do what little I can and set out with my friends to distribute food to the poor and destitute. What we are doing is minuscule, but we hope the government wakes up to the reality”.

Meanwhile, the Prime Minister found time to promote ‘Yoga With Modi’, while news channels continue to be pliant. One even played Antyakshari to pass time during the lockdown. If the government doesn’t wake up even now, the health crisis is bound to become is humanitarian crisis. Someone needs to tell the Finance Ministry that the economy is in a tailspin. Not taking remedial and proactive measures is tantamount to inviting an economic catastrophe. Hopefully the PM will soon realise that it is not ‘Sab Changa Si’ anymore.