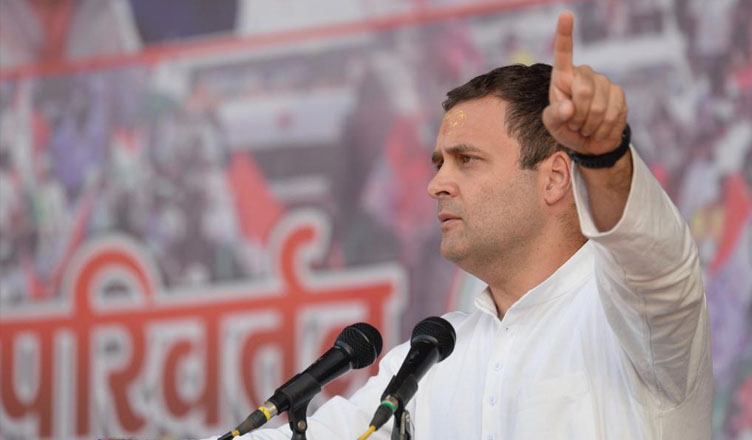 Accusing the Bharatiya Janata Party (BJP) of exploiting Aadivasis, Congress president Rahul Gandhi on Monday said that his government will open food processing in Madhya Pradesh’s Jhabua district which will help in generating employment for the Aadivasi youth.

“Aadivasi youth migrate to different cities in search of jobs, but have to face a lot of hurdles. Congress govt will open food processing plant in Jhabua and provide employment to the Aadivasi youth,” Gandhi said while addressing a rally in Jhabua.

He further said that the Land Acquisition Act for which the Congress party fought to introduce is not being implemented by the BJP government in the state and that farmers’ and Aadivasis’ land is acquired without proper compensation.

Stressing on the same point, the Congress chief further said that the saffron party is dividing the nation into two parts.

“BJP is dividing the nation into 2 parts- one of farmers, women, youth and the other of 15-20 of the country’s richest industrialists,” he said.

Also read: BJP talks about religion, but its religion is corruption: Rahul Gandhi in MP

“We have always believed, the poorest of poor has the right to get quality education, healthcare and employment. Based on this Congress govt introduced MNREGA,” Gandhi added, stressing on the importance of equality.

Gandhi further said that his intentions are clear and he wants to work with people.

“The Congress Chief Minister in the state (if elected) will work for 18 hours out of 24 hours to generate employment for youth,” Gandhi assured.

Earlier in the day, the Gandhi scion addressed another rally in Madhya Pradesh’s Ujjain.

He also paid visit to the Mahakaleshwar Temple in the state.