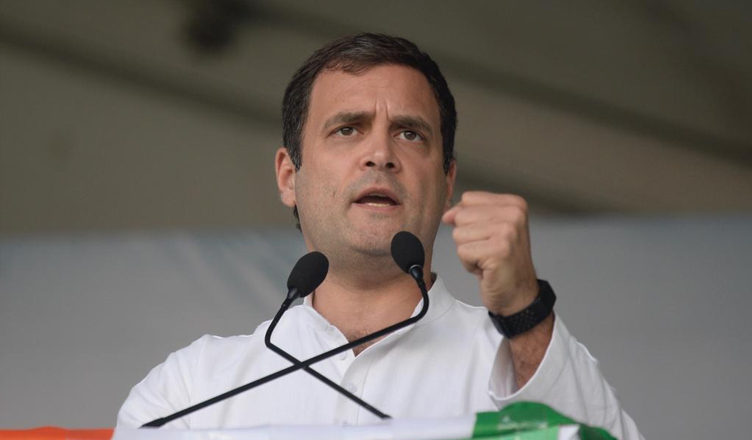 While addressing a public meeting in Himachal Pradesh’s Kangra, Congress President Rahul Gandhi on Thursday said that if his party forms the government at the Centre, it will give ‘martyr’ status to soldiers of all the forces who lose their lives in the line of duty.

“It is unfortunate that whenever soldiers of CRPF, BSF, ITBP, CISF or other paramilitary forces lose their lives in the line of duty, they do not get ‘martyr’ status. We have decided to change this when we form the government,” Gandhi said.

“After the Pulwama terror attack, I held a press conference and declared that we will stand with our armed forces and the government and we will not politicise this issue. Unfortunately, PM Modi politicised the issue. While India was fighting with Pakistan, PM Modi abused Congress party. However, for those seven-eight days Congress party maintained composure,” he said.

Gandhi also attacked the NDA government over its decisions such as demonetisation and Goods and Services Tax (GST).

“Narendra Modi claimed demonetisation is an attack against black money. If that was true, why did we only witness honest people suffer in long queues?”  Gandhi questioned.

“GST only benefited big industries, whereas, small and medium businesses were completely destroyed. We will reform GST,” he added.

Gandhi also raised several questions over the controversial Rafale deal. Some of them are:

Gandhi will be visiting Odisha and Goa tomorrow (Friday) where he will address public rallies as part of campaigning for the upcoming Lok Sabha elections.

One thought on “Congress will give ‘martyr’ status to soldiers of all forces, promises Rahul Gandhi”