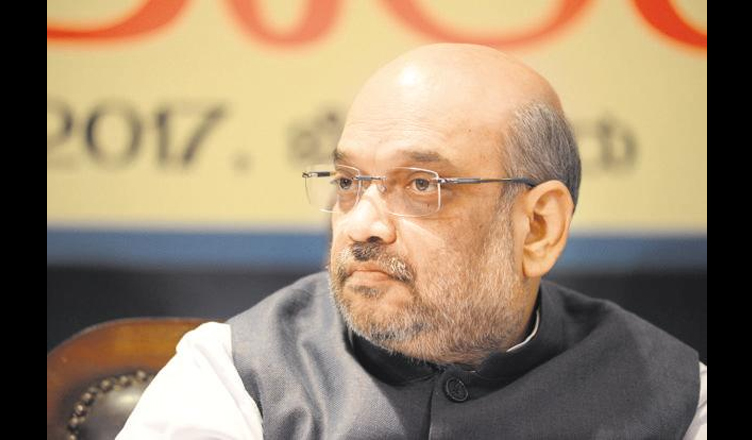 A Congress delegation comprising party leaders such as Kapil Sibal, Kamal Nath and head of the Congress legal cell met Election Commission of India (ECI) on Tuesday and urged the poll body to take action against Bharatiya Janata Party (BJP) president Amit Shah for spreading lies and violating the model code of conduct in poll-bound Telangana.

Alleging that the BJP president tried to polarise the state voters by intentionally making false statements about Congress’ poll promises in its manifesto, the grand old party said it was a “blatant and egregious violation of the model code of conduct.”

The Congress delegation claimed that Shah stated that the grand old party will pay the electricity bill of mosques and churches, which is absolutely false.

The delegation mentioned another lie of Shah wherein he spoke about the reservation for the minorities in government contracts.

Whereas, the manifesto says:

The Congress asserted that the party manifesto is available in public and all what Shah said can be cross-checked.

“By his malicious act intended to outrage religious feelings, the BJP president has violated section 295 (A) of the Indian Penal code also,” National Herald quoted Congress as saying.

According to Section 123 (3) and (3A) of the Representation of Peoples Act-1951, “The promotion of, or attempt to promote, feeling of enmity or hatred between different classes of citizens of India on grounds of religion, race, caste, community, or language, by a candidate or his agent or any other person with the consent of a candidate or his election agent for the furtherance of the prospects of the election of that candidate or for prejudicially affecting the election of any candidate,” shall be deemed to be a corrupt practice.

Apart from this, the Congress also raised the issue of the arrest of Telangana Congress president Revanth Reddy as well as its speculations regarding EVM tampering in Madhya Pradesh.