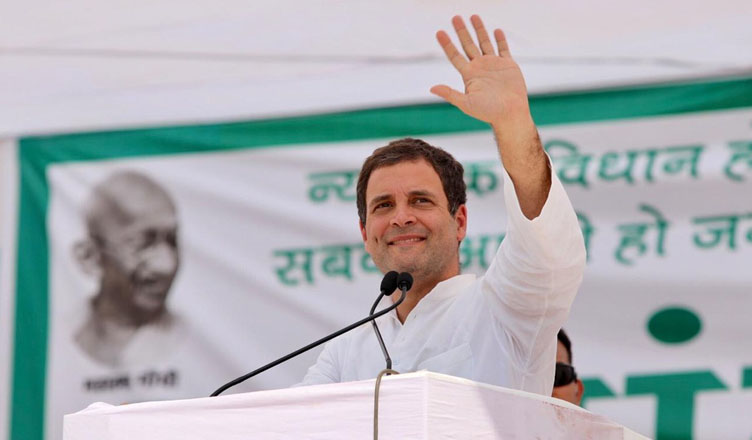 An aggregate of opinion polls shows that the Congress may win two of states, which are currently being ruled by the BJP, Rajasthan and Chhattisgarh.

Rajasthan, Chhattisgarh, Madhya Pradesh, Mizoram and Telangana are to go polls in November-December this year.

As per the average of opinion polls, the BJP is expected to retain the throne of Madhya Pradesh.

As per the aggregate, the BJP is expected to win 126 seats in Madhya Pradesh and Congress 97. This is a huge boost for the Congress considering its share of 58 seats last time in 2013. However, for BJP, it turns out to be much lower than its earlier share of 165 seats in 2013. 116 seats is the majority mark in the Madhya Pradesh state assembly.

The aggregate of C Voter and Times Now opinion polls shows that the Congress Party, which was decimated in 2013 elections, will return to power in Rajasthan with 129 seats. On the other hand, the BJP is expected to get 63 seats in contrast to 163 it secured in the 2013 elections. 101 seats is the majority mark in the Rajasthan state assembly.

In Telangana, neither the BJP nor the Congress is expected to mark victory. It is believed that Telangana Chief Minister K Chandrashekar Rao’s Telangana Rashtra Samithi (TRS) will emerge as the big winner. It is expected to win 85 seats out of 117. The majority mark in the state assembly is at 60.