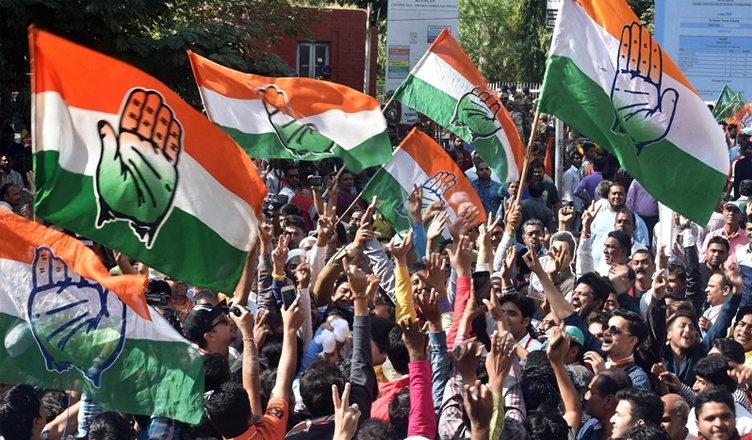 As the Bharatiya Janata Party (BJP) plans a humongous celebration on the completion of four years of its government at the Centre, the Congress has decided to observe “Betrayal Day” (Vishwasghat Diwas) on the same day. The party would observe it at all its district headquarters.

“The party will mark four years of the Modi government with protests in every district of the country,” party general secretary Ashok Gehlot and Congress chief spokesperson Randeep Singh Surjewala said at a joint press conference.

The Congress alleged that the BJP has failed to check rising prices of essential commodities and fuel and have been unable to fulfil its promise of providing employment to youth. Protests and dharnas will be held in every district of the country with the aim of highlighting BJP’s failure as a government.

The Modi government has failed miserably at delivering promises and fulfilling the claims made by it back in 2014. It has not only turned out to be incompetent but a corrupt party altogether.

Also read: Modi popularity drops as 47% do not want him reelected

India, as a country is being pulled back by the BJP. Its economy is crumbling, employment is on a rise, poor are getting poorer, farmers are committing suicides, voice of the press is being muzzled, fuel prices are soaring high, and there is widespread corruption. In short, the country is crying loudly.

Instead of addressing these issues, all that the BJP is concerned about is its celebrations marking the completion of its four years. It can spend thousands of crores on its advertising and publicity, but when it comes to public welfare, it thinks even before spending a small amount on it.

Seriously, the slogan should be ‘4 saal, desh behaal.’ The common man is fed up of this government and is eagerly waiting for the BJP to complete its five-year term and be thrown out of the power.