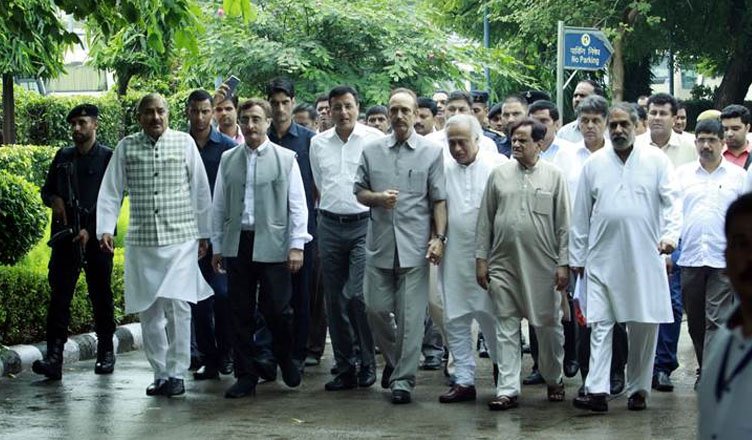 A Congress party delegation will meet the Comptroller and Auditor General of India (CAG) on Thursday to discuss the alleged “irregularities” in the ongoing Rafale deal controversy.

This will be Congress’ second meeting with the CAG in 15 days, the first one being on September 19. In their earlier meeting, the Congress had asked for a “time-bound forensic audit” of Rafale deal.

Congress claims that the amended deal under the NDA government caused a loss of ₹41,000 crore to the exchequer.

Congress has been mounting pressure on the government and has maintained its stand since the beginning that the Rafale deal signed under the NDA government indicates towards a big scam.

It claimed that once the CAG report is tabled in Parliament, the Modi government would be exposed.

The grand old party also accused the government of “endangering national security” by snatching the contract from Hindustan Aeronautics Limited (HAL) and handing over to his friend Ambani, who has no experience in manufacturing defence jets and above all, is under a debt of ₹45,000 crore.

“We have demanded forensic audit immediately… We have pointed out that their global tender was alive, the contract was initiated and the agreement between Dassault Aviation and HAL was final. It was only after the Prime Minister’s return [from France in April 2015] that the Cabinet Committee on Security gave a post facto approval, but even then there was no mandate or approval to scrap the global tender. That was done only in the month of June 2015,” Sharma had said.

Earlier on September 24, the Congress had approached the Central Vigilance Commission (CVC), and demanded the latter to seize all files and documents related to the Rafale deal and register an FIR into “India’s biggest defence scam”.

A Congress delegation including senior party members such as Ghulam Nabi Azad, Jairam Ramesh and Randeep Surjewala met the vigilance panel and sought a thorough scrutiny of the Rafale deal.

While alleging that the deal caused loss to the exchequer and endangered national security, the Congress claimed that there had been “illegal and undue benefit to crony friends” and violation of mandatory provisions of the Defence Procurement Procedure.

A new controversy erupted around the Rafale deal after reports quoting former French President Francois Hollande as saying that the Indian Government suggested the name of Reliance Defence and that the French Government had no say in it emerged.