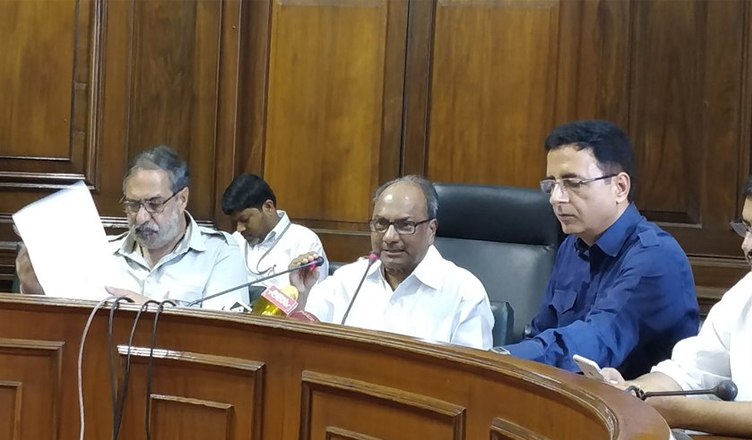 The Congress on Monday hit out at the Modi Government and accused Defence Minister Nirmala Sitharaman of misleading the country about the Rafale deal.

Citing his own example, former Defence Minister A.K. Antony said he had revealed in Parliament prices of many defence contracts because under the constitution government cannot deny revealing the prices as they are scrutinised at various levels.

“When there is no secret deal that prevents revealing the prices, how can they keep it a secret?” Antony said.

Hitting out at the Modi Government or taking away the contract from Hindustan Aeronautics Limited (HAL) and giving it to a private entity which does not even have any experience in manufacturing aircrafts, Antony said, “HAL would’ve benefited with employment and experience with this deal. Many technicians and engineers lost the opportunity of employment.”

The Congress also alleged that PM Modi, without any sanction from Cabinet Committee of Security (CCS), arbitrarily changed the Rafale deal.

Also read: Manmohan Singh hits out at Modi Govt for “culture of jumlas”

“PM Modi must confirm or deny in the Parliament that after returning from France the deal was changed without informing CCS,” he said.

Citing the French Government’s statement clarifying price was not a part of the secrecy clause, the grand old party demanded that the price of the aircrafts be revealed.

Terming it a scam, Congress cited two reasons behind the same.

First, the price during the UPA regime was ₹526 crore, which went up to ₹ 1670 crore under the Modi Government.

Secondly, the Defence Minister had revealed a price in November 2016, but now in Parliament, both PM and DM are claiming price cannot be revealed due to secrecy clause.

“The price disclosed by Defence Minister before gives an approximate figure of ₹670Cr, which doesn’t add up. Prime Minister Modi now backtracking on the issue now claiming secrecy clause only proves there is a scam,” Congress leader Anand Sharma said.