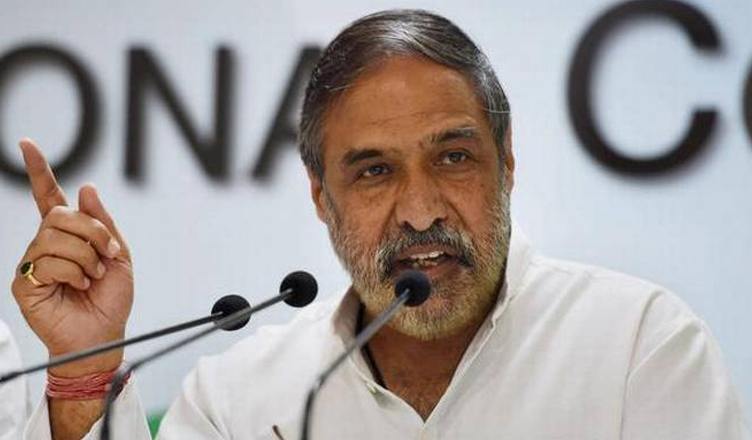 The Congress on Sunday hit out at Prime Minister Narendra Modi for calling it a ‘party for Muslim men’ and said it showed his ‘sick mentality.’

“Prime Minister of India is the peddler of untruths. He is lowering the dignity of office by distorting facts. He is desperate and has nothing to show for the last four years,” Congress spokesperson Anand Sharma said in a press conference.

The party further challenged him to discuss the accusations on the Congress in the upcoming Monsoon session.

Maintaining the party’s stand, Sharma said that Congress does not need certification of nationalism from those who are the descendants of not only non-participants of freedom movement but also active collaborators of British.

“There is an attempt by him to divide society… His main opposition, the INC, led the national movement, spearheaded the fight for independence… to call it a Muslim party does not behove a PM. He should apologise for his statement,” he said.

Talking about the time when UPA was in power, Sharma said 140 million were uplifted from poverty between 2004 and 2014. On the other hand, the Prime Minister’s claim that five crore people were lifted out of poverty in two years was “laughable.”

“Between 2004 and 2014, under UPA regime, 140 million people were uplifted from poverty. This is a World Bank report. Meanwhile during Modi govt. millions of people suffered by ill-thought policies like Demonetisation,” the Congress spokesperson said.

On Saturday, PM Modi raised the issue of Congress president Rahul Gandhi saying his was “a party of Muslims”, a remark that the grand old party has categorically denied.

Such baseless statements coming from the Prime Minister of a country is sad and unfortunate. Being the PM, Modi should wisely choose his words and should not quote anything without knowing its credibility.