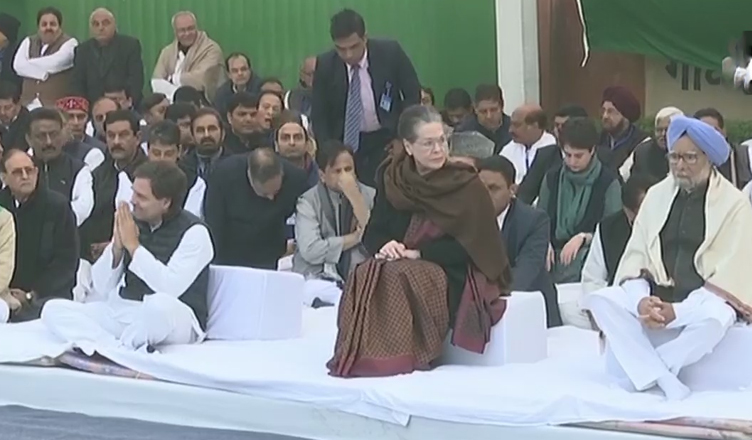 The Congress on Monday organised #SatyagrahaForUnity, a protest against the Citizenship (Amendment) Act (CAA) and National Register of Citizens (NRC), at Raj Ghat, Mahatma Gandhi’s memorial in New Delhi.

Many more leaders are expected to read the Preamble of the Constitution.

The dharna will be held till 8 pm tonight.

Earlier in the day, Rahul Gandhi invited the students and youth of India to join the protest today.

“Dear Students & Youth of 🇮🇳, It’s not good enough just to feel 🇮🇳. At times like these it’s critical to show that you’re 🇮🇳 & won’t allow 🇮🇳 to be destroyed by hatred. Join me today at 3 PM at Raj Ghat, to protest against the hate & violence unleashed on India by Modi-Shah,” he tweeted.

Even Priyanka Gandhi appealed to people to join in.

2 thoughts on “Congress protests against CAA, NRC, sits on ‘Satyagraha for Unity’”