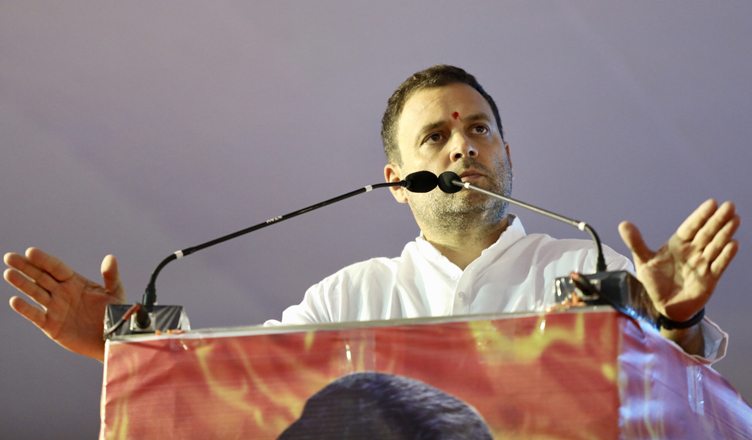 Congress Party President Rahul Gandhi will launch ‘Save the Constitution’ campaign on April 23 from New Delhi’s Talkatora Stadium. The campaign will be launched with the aim of highlighting attacks on the Dalit community and Constitution, and also to apprise the people about the programmes and initiatives that the party had done for the Dalit community over the years.

The campaign can be seen as a result of number of protests happening in the name of rising violence against the marginalised section of the society and the attack on the Constitution by the ruling party. Along with Rahul Gandhi, former ministers, MPs and leaders in district councils, local bodies and panchayat committees will also mark their presence at the event. Youth Wings, Mahila Morcha and Seva Dal Party members will also be attending the programme.

It is also expected of the leaders at regional level to hold campaigns in their respective regions and make people aware of the grand old party’s stand.

Such an event is very crucial, especially at a time when atrocities against Dalits are on the rise. The hate-mongers are spreading hatred, both in the form of words and violence. This campaign will lead to the strengthening of the Dalits, and will ensure them that not all think in the same way as the BJP.

Similarly, the Constitution, which is under attack, needs to be protected. When a BJP leader blatantly says that their party is there to change the Constitution, and Prime Minister Narendra Modi acts like a mute spectator, it hints towards the deteriorating condition towards which the country is heading to. People and responsible parties need to stand against this dictatorship and hatred, and the Congress, as a responsible Opposition, is only fulfilling its duty.