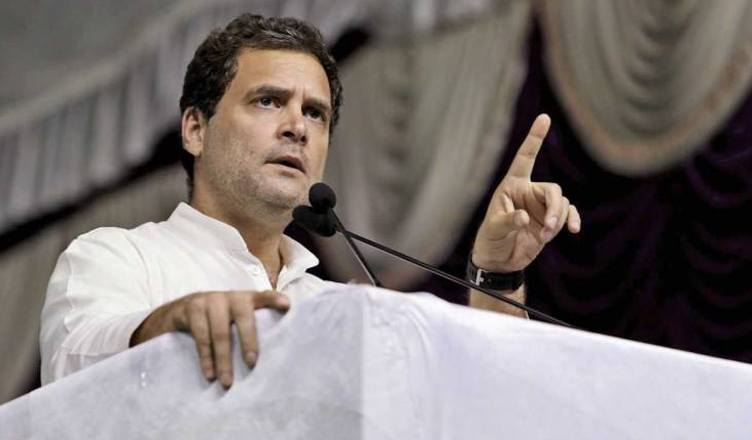 Congress president Rahul Gandhi will address a public rally in Delhi’s Ramlila Ground on April 29. Delhi Pradesh Congress Committee (DPCC) chief Ajay Maken said that the rally – which is Rahul Gandhi’s first in the national capital since he assumed the post of party president – will be “historic”. “Full preparations have been made for the Jan Aakrosh Rally to be addressed by Gandhi. Delhi will sound the bugle for Rahul Ji’s triumphant journey to the 2019 parliamentary elections,” Maken said.

The Twitter handle of the Congress also announced about the rally with a very strong message in Hindi. It said, “Every section of the society is disappointed by the failure and insensitivity of the present government. There is tremendous resentment among the people and party workers from all over the country are coming to Delhi tomorrow to show the same resentment”.

Haryana Congress chief Ashok Tanwar also expressed the party’s view and said that the rally would turn out to be a huge success and would pave the way for BJP’s ouster, from the Centre as well as Haryana. “The anti-people policies of the BJP have been exposed… people are fed up with the BJP. The ‘Jan Aakrosh Rally’ will articulate the anger of the people against the misrule of the BJP,” he said.

Such a rally is the need of the hour. It is high time to mobilise people against the dictatorship of this government, which is busy filling its coffers and emptying the common man’s pockets. Time has come to show exit to BJP in the 2019 Lok Sabha elections.