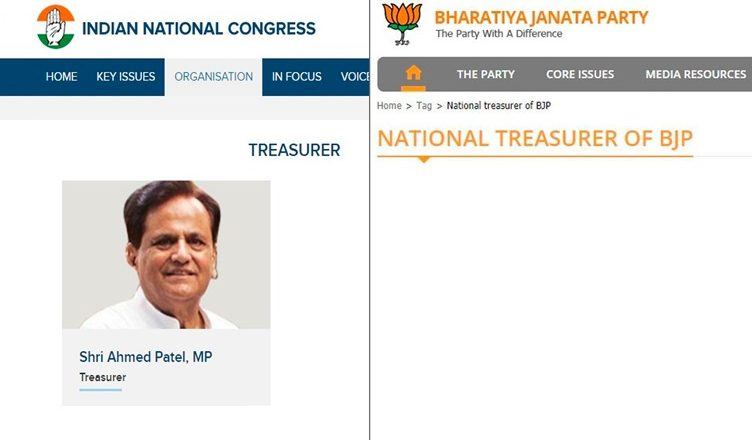 Piyush Goyal was last declared treasurer of the saffron party, who is now a Union Minister in the Modi cabinet.

If in case, he is still handling the post of the treasurer, then it becomes a perfect case for conflict of interest.

For the past few years, the BJP has very conveniently ignored to disclose the party treasurer in its mandatory declarations to the Election Commission.

The picture above is from BJP’s audited returns for 2016-17. First, there is an indecipherable signature and instead of the party’s treasurer’s signature, the returns are signed ‘for treasurer’ meaning, somebody else has signed on behalf of the treasurer. This also raises question over the role of the EC as to why has it not raised this issue yet. It is supposed to regulate and audit the working of political parties, apart from conducting elections, then why has it not considered it important enough to inquire about as to who the BJP treasurer is.

Also, if one goes to the official site of the BJP, there also the name of the treasurer is missing. The page titled ‘National Treasurer of BJP’ has been left blank. 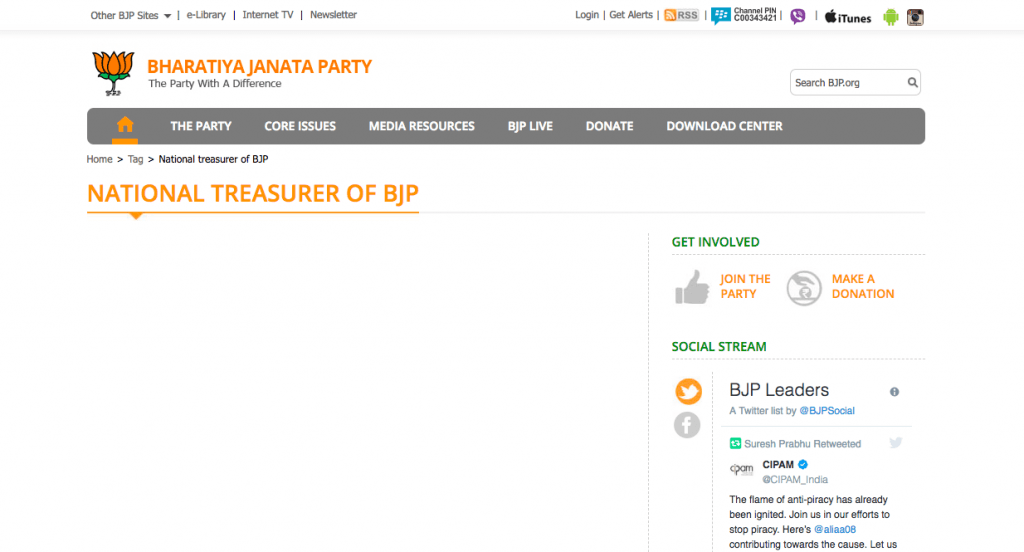 Even former CEC S.Y. Qureshi said that the BJP’s declaration to the EC was wrong and that instead of accepting it, it should have issued notice to them instructing them to declare the name of the party treasurer.

This also shows the dominance of the BJP-led NDA government over independent institutions, which in the previous governments enjoyed their independence and their right to question government.

It is a matter that should be taken up. How can a national party just work without announcing its treasurer.