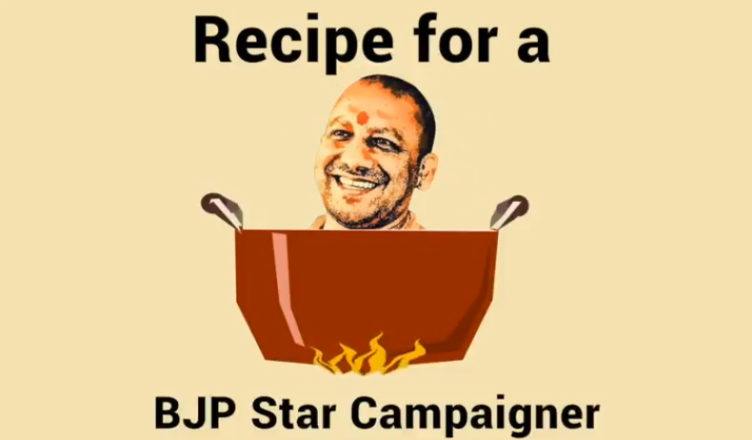 In a hilarious take on UP CM Yogi Adityanath, the Congress social media team has uploaded a video highlighting the Chief Minister’s characteristics.

Made in the style of a cookery video, it shows all the ‘ingredients’ which make a ‘BJP star campaigner’.

The video has gone viral on social media and people are loving it.

In the video, the Congress has also hit out at Adityanath’s criminal records as well as his ignorance towards the Gorakhpur hospital tragedy which took life of many innocents due to lack of oxygen supply.

The attack has come post his visit to poll-bound Karnataka.

Yogi Adityanath has been mocked as the #RecipeForDisaster in the video.