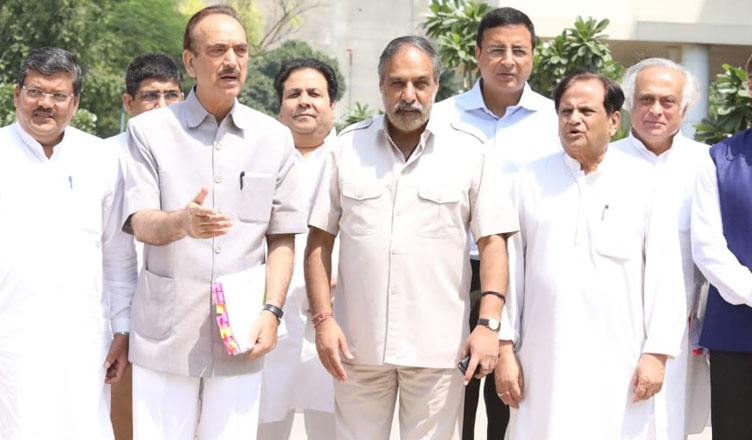 A Congress delegation on Wednesday met Comptroller and Auditor General (CAG), and asked for a “time-bound forensic audit” of Rafale deal. Congress claims that the amended deal under the NDA government caused a loss of ₹41,000 crore to the exchequer.

Congress has been mounting pressure on the government and has maintained its stand since the beginning that the Rafale deal signed under the NDA government indicates towards a big scam.

It claimed that once the CAG report is tabled in Parliament, the Modi government would be exposed.

The grand old party also accused the government of “endangering national security” by snatching the contract from Hindustan Aeronautics Limited (HAL) and handing over to his friend Ambani, who has no experience in manufacturing defence jets and above all, is under a debt of ₹45,000 crore.

“We have demanded forensic audit immediately… We have pointed out that their global tender was alive, the contract was initiated and the agreement between Dassault Aviation and HAL was final. It was only after the Prime Minister’s return [from France in April 2015] that the Cabinet Committee on Security gave a post facto approval, but even then there was no mandate or approval to scrap the global tender. That was done only in the month of June 2015,” Mr. Sharma said.

“A delegation of the Indian National Congress met the CAG and presented the facts and evidence about the Rafale scam to the CAG. We told the CAG how the country’s ₹41,000 crore was looted by the Modi Government for buying jets worth ₹526 crore for ₹1670 crores,” Congress spokesperson Randeep Surjewala said.

“The CAG assured us that he will scrutinise all the documents related to the Rafale deal and would present his report soon,” Surjewala added.

Congress President Rahul Gandhi, from the very beginning, has maintained the stand that Rafale deal under the NDA government is a big scam.