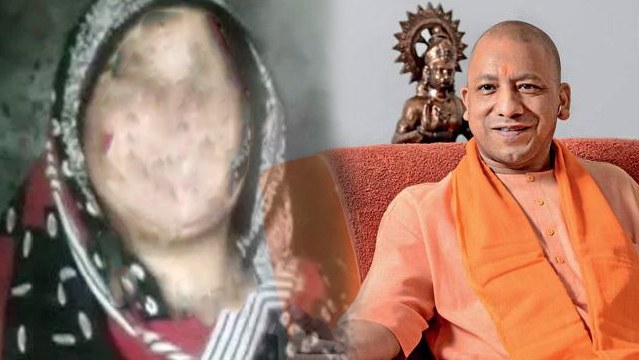 Munni was the district chief of Congress Sewa Dal. She had also been a corporator of the party. The Congress leader’s family has alleged it to be a conspiracy. Munni’s sister Sameena Begum told that similar attempt of killing Munni was made four years back also. Her family has also alleged that Munni had asked for security cover on many occasions but she was never provided any security.

Recently, Adityanath had claimed that about 40 criminal had been gunned down by the Uttar Pradesh Police in 1,200 encounters in the past one year. Where is all the vigilance? Where are the ‘messiahs’ now? Why is Chief Minister Yogi Adityanath silent now? It is absolutely a sham to say that UP has witnessed better law, order and administration under Adityanath. Uttar Pradesh accounted for 9.5 percent of the total IPC crimes reported across the country.

Is Adityanath living in his own delusional Uttar Pradesh or is he just blatantly lying? Are the incidents such as Kasganj clashes, Saharanpur caste clash and, frequent murder and rape cases not  enough for him to realise the dismal situation of law and order in his state? BJP thinks they can keep on fooling people and the common man will keep falling in their trap of jumlas, but now, there is anger in the general public and they also very well know who to choose in the next elections.