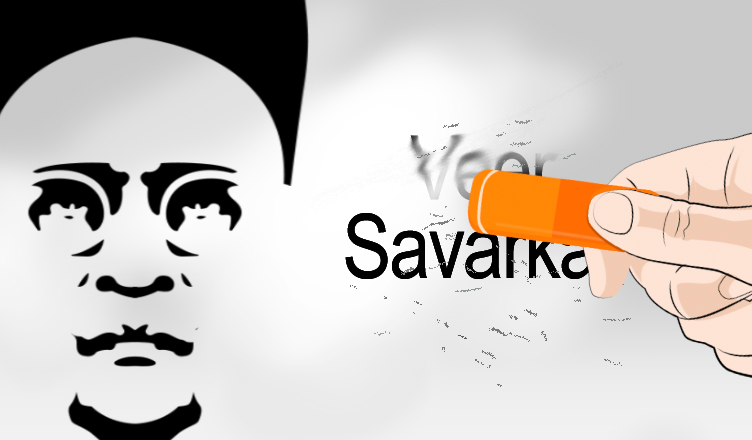 The Congress government in Rajasthan has made many changes to school textbooks of history, which relate to events, personalities as well as some decisions taken by the NDA government during its tenure.

The recommendations for the changes were made by the textbook review committee set up on February 13 this year. It analysed if the earlier changes in the textbooks were made to distort history and suit one’s political agenda.

Following changes have been made in the freshly-printed books for the Rajasthan Board of Secondary Education (RBSE) which have been distributed in the market by the Rajasthan State Textbook Board (RSTB):

Description and Role of Savarkar in Class 12 History book:

Old book: The term ‘Veer’ was prefixed to Savarkar’s name in a chapter on freedom movement and his role in the independence of India was extensively discussed.

New book: He has been addressed as Vinayak Damodar Savarkar and how he sent four mercy petitions to the British when he was in the Cellular Jail has been mentioned in the book. It also talks about him opposing the Quit India movement in 1942 and the creation of Pakistan in 1946. The book also mentions about him being charged for murder and aiding Godse post Mahatma Gandhi’s murder on January 30, 1948, and that later he was acquitted of those charges.

Old book: ‘Kale dhan ki safai abhiyan’ is what demonetisation was termed as under the chapter Terrorism, Criminalisation of Politics & Corruption and Characteristics of Indian Foreign Policy & Non-alignment.

New book: No reference to demonetisation at all.

Reference to only Muslim organisations in Class 12 Political Science  book:

Old book: Muslim organisations such as Jamaat-e-Islam, All India Majlis-e-Ittehadul and SIMI were mentioned in the chapter titled ‘Casteism and Communalism.’

New book: Along with the Muslim organisations mentioned earlier, it has also added Hindu Mahasabha to the list of political outfits which propagate divisive ideas.

Old book: Among the list of problems affecting Indo-Pak relations, anti-India policy or Jihad was mentioned in the chapter ‘India’s relations with its neighbours (Pakistan, China and Nepal).’

New book: The word ‘Jihad’ has been removed from the book.