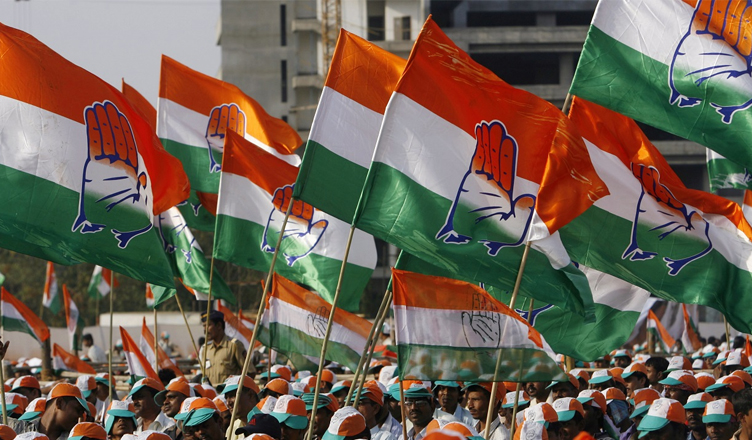 As Congress celebrates its’ 134th Foundation Day today, let’s take a look back at all the work done by it in all these years to make India what it is today.

Congress’ only fault was that it never took credit for all the good things it did, because its aim was never to get praises but only to see its country growing and blooming.

However, the other parties misused this humbleness of the Congress, and accredited themselves with such policies and programmes that were originally brought into place by the grand old party.

The one to top in this list is the BJP, which has always taken recognition for programmes, the foundation of which were being laid by the Congress.

Well, we think, it’s high time to bring to light that Congress which has always worked for its India, with the aim of bringing in only and only well-being for the country.

Congress is that rock which has laid the foundation of today’s India. It is this Congress which stood with the country during pre-independence era, took part in its freedom struggle, helped in achieving freedom and then built that free India, in which all of us now freely breathe and live.

It was Congress which brought in the 1947 Indian Independence Act, marking the country’s freedom from British rule and then set up the Constitution in 1950, declaring India a sovereign, socialist, secular, democratic republic, assuring its citizens of justice, equality, and liberty, and endeavouring to promote fraternity among them.

Congress has till date batted for equality. It’s intentions were crystal clear when it introduced the 1948 Minimum Wages Act, 1955 Protection of Civil Rights Act (untouchability made an offence to ensure social justice and equality), 1971 Abolition of Privy Purse (A step towards an egalitarian and just society), 1975 Twenty Point Programme (To eradicate poverty and improve the quality of life of the under privileged), 1976 Abolition of bonded labour (prevent economic and physical exploitation of the weaker section), 1980 Integrated Rural Development Programme (to enable identified rural poor families to cross poverty line), 1983 Rural Landless Employment Guarantee Programme (to provide guaranteed employment to at least one member of every landless household up to 100 days in a year). All this only to achieve an egalitarian society with no biasness.

Also read: Know why 1,140 schools in Bihar are on verge of closure

The party has its objectives clear right from the beginning. Working for the welfare of the masses, the Congress formulated acts for every section of the society, be it women, children, backward classes or farmers.

With 1961 Dowry Prohibition Act to 2006-07 Prohibition of Child Marriage Act, from 1989 The Scheduled Castes and Tribes (Prevention of Atrocities) Act to 2007 Rashtriya Krishi Vikas Yojana, the Congress has always kept all the classes in its view with the aim of elevating them to a level where they can live respectfully.

Some of the other acts in the same direction include, 1987 National Child Labour Policy (An action plan for tackling the problem of child labour), 1993 Mahila Samridhi Yojana (To provide economic security and financial inclusion of rural women), 1995 Mid-Day Meal Scheme (To improve nutritional levels among children and to enhance their enrolment and attendance in schools), 2005 National Rural Health Mission and many more.

Some of the revolutionary changes were also brought under the Congress rule, for instance, the 1967 Green Revolution which transcended India from a food deficient country to one of the leading agricultural nations.

Similarly, the first nuclear test was also conducted under the Congress regime in 1974, giving the tag of a nuclear power to India.

Indian economy aimed to reach new heights when Congress gave to it the 1991 Economic Liberalisation and another Look East Policy, enabling it to develop economic and strategic relations with the Eastern countries.

Some of the acts strengthening the rights of the citizens and giving them the power to question the government was also formulated by none other than the Congress.

Congress got the Right to Information Act in 2005, which helped in promoting transparency and accountability in the working of every public authority.

The 2009 Right to Education Act made education a fundamental right of every child between the age of 6 and 14.

How can we forget the Aadhaar, yes the same Aadhaar, the credit of which has been very conveniently snatched by the BJP.

Aadhaar was a Congress-born idea which was announced in 2009. It was the unique ID program (To give a unique ID based on demographic and bio-metric data and link it with welfare schemes), the same which has now been painted by the BJP as its initiative.

How can one forget the 2013 Nirbhaya Act. Post the brutal Nirbhaya Gangrape of December 2012, the responsible Congress understood the need for a stringent law, to punish those perpetrators committing such heinous crimes.

Well, this is just a short summary of all that the Congress has done for this country till date. The unfortunate part, however, people believing this to be the work of those who have only spoken till now but have failed to deliver.

2 thoughts on “Congress: A Party which shaped India”