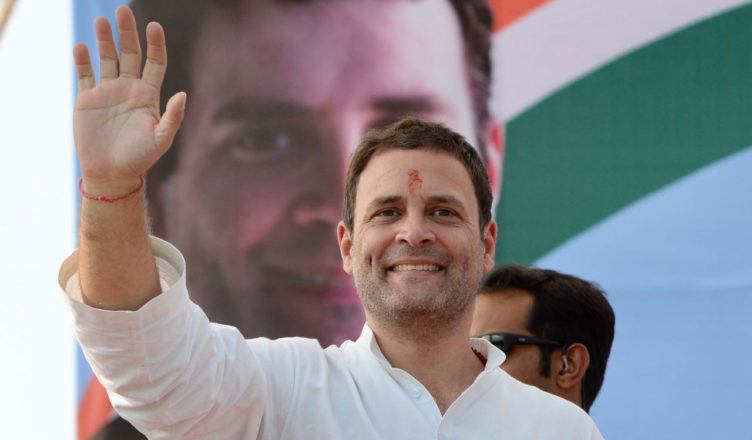 Gandhi family scion Rahul Gandhi has officially taken charge of the Congress Party as its President.

The baton has been provided to him by his mother Sonia Gandhi, who successfully handled the prestigious post for 19 years, since 1998.

Rahul Gandhi has always been seen as a youth leader and the youngsters have always admired him.

Now, with him becoming the president, there is a new ‘josh’ in the party, and the leaders expect him to redefine the party’s strategy.

Yesterday, while speaking to reporter, Sonia Gandhi had said, “My role is to retire”, but the Congress was swift to reply that she has only retired from the post, not from politics and that she will continue to guide the party.

Former union minister Veerappa Moilly went a step further and said that Sonia Gandhi is the mother of the entire cadre of the party and that she should continue to play the “mother’s role”.

The Congress witnessed simultaneous victory since 2004 and until 2014. Also, for around 70 years after the independence, it is the grand old party which has remained in power in India and has always worked towards the betterment of the nation.

Now, even Rahul Gandhi is expected to lead the party in an enthusiastic manner and work with the intention of keeping the party intact.

Rahul Gandhi has to be commended for his ability to own up mistakes. He was the one who acknowledged Congress arrogance in run up to 2014.

He has also been very active and has led Congress from the front in attacking the Modi Government over economy and Jay Shah row.

The terms coined by him such as Gabbar Singh Tax for GST and Modi-Made Disaster for demonetisation have gained immense popularity and have even been seconded by the general public.

India is in a dire need of such a young leader, who can lead from the front, has the will to work, is enthusiastic, has a new and positive approach towards issues and above all, the one who understands the new India and binds the people together.

Fortunately, Rahul Gandhi stands true to all of it and truly deserves to be the one guiding India and taking it to new heights.

Once more, Congratulations to Rahul Gandhi for taking over the Congress Party’s Presidentship.