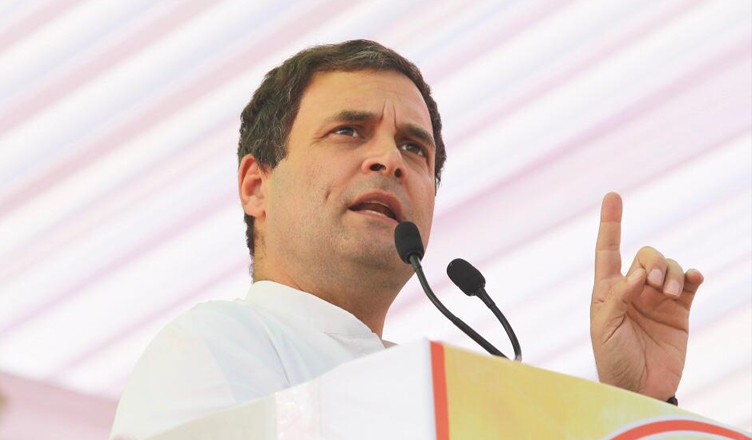 Rajasthan is scheduled to go to polls on December 7. Leaders from opposition parties are leaving no stone unturned in their effort to outdo each other.

While addressing a rally in Rajasthan’s Chittorgarh, Gandhi said that he is not there to make false promises.

“I’m not here to make false promises, Congress CM will works 18 hours in a day for creation of jobs, and will waive off farmer loans. We want to set up food processing units and a pharmacy unit as soon as possible. We will also provide free medicines, and affordable healthcare facilities to the people of Rajasthan,” he said.

While addressing a rally in Rajasthan’s Bhilwara, the Congress Chief said that their priority in the state would be job creation and improvement in the state of farmers.

“Job creation and improvement in the state of farmers are the two biggest challenges that the country faces and if Congress comes to power, these are going to be our priority. Recently four youngsters committed suicide in Rajasthan and they mentioned joblessness as the reason in their suicide note. This was a message for CM Vasundhara raje and PM Narendra Modi,” he said.

Criticising the Modi Government for announcing demonetisation, the Gandhi scion said that the note ban led to massive unemployment.

“If Congress comes to power, we want to support farmers by waiving off their loans,” he added.

Gandhi will next address a rally in Hanumangarh.