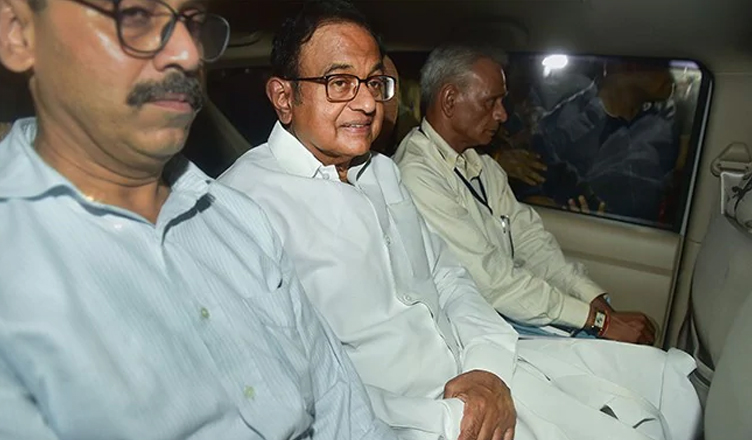 “The vindictive, malicious and selective manner in which former finance minister and home minister P Chidambaram has been persecuted and prosecuted is nothing short of brazen personal and political vendetta by Modi government,” Congress spokesperson Randeep Surjewala said while addressing a press conference.

The Congress leader further said that the Modi government is stooping so low to divert nation’s attention from sinking economy, unemployment, devaluation of rupee.

Explaining the BJP’s intent to “humiliate and tarnish the reputation of Shri. P. Chidambaram,” Surjewala said,” Matter pertains to 2007 & arrest of P Chidambaram has been made after a dozen years, 6 years after PM Modi came to power. Neither have those been arrested who have been given so-called FIPB permission, nor officials of company that committed the crime. Yet a seasoned man with 40 years of dedication to public life has been arrested on the statement of a jailed woman who is being charged with murdering her own daughter and the approvership statement has been given from jail.”

“Neither Shri. P. Chidambaram nor his son, have been accused of any offence in the INX Media case. Additionally, there is no offence disclosed against P Chidambaram in the FIR, nor a chargesheet has been filed till today. The case seems to rely solely upon the testimony of one approver, currently in prison, being prosecuted for the murder of her daughter. What is the deal that has been done in prison with an approver is something that the people of this country need to determine,” the Congress spokesperson added.

Also read: Do you know who introduced privatisation to India for first time?

In his statement, Surjewala is referring to Indrani Mukerjea, who is serving time after being accused of murdering her daughter Sheena Bora. She is also a co-accused in the money laundering case. If reports are to be believed, she turned approver in the same.

The Congress spokesperson further said that authorities have been unable to come out with any allegation or a compelling case against P Chidambaram which leads to only one conclusion that false charges are being heaped upon senior political rivals to silence anyone and everyone.

“Can the authorities answer and place before the public the nature of the charges against Shri. P. Chidambaram instead of engaging in a media trial through selective news channels to character assassinate him?” he said.

“We, as a nation, must rise up and refuse to be silent spectators to the death of democracy. We Stand with Shri. P. Chidambaram and reiterate our unwavering belief in his innocence,” Surjewala added.